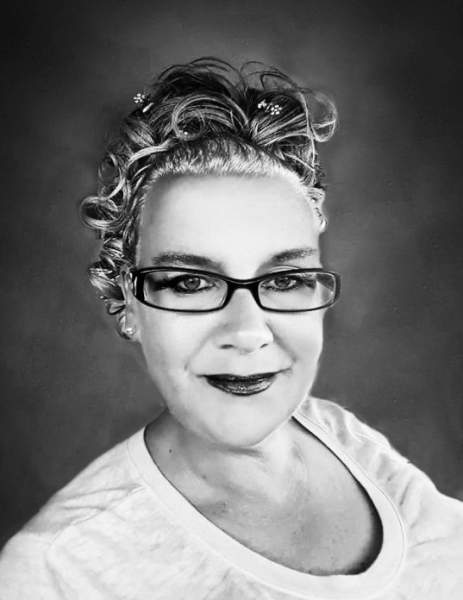 Some people only walk this earth for a short time. Their departure reminds us that they are watching over us. On July 4th, 2021, Jaimie Marie Webb-Clough left us and gained her angel wings.

Jaimie was born on April 19, 1977 to Ed and Donna Webb at Rockford Memorial Hospital. Jaimie spent her first eight years in Loves Park, Illinois. In 1986, her family moved to Packwaukee and Jaimie attended school in Montello. In more recent years, Jaimie lived in Shawano, Wisconsin.

Jaimie was an avid reader and spent most of her time writing. She was incredibly creative and used her creativity in all aspects of life. Jaimie’s favorite activity was spending time with her children, friends, and loved ones. She especially enjoyed cheering on the Chicago Bears and never missed watching a game. Jaimie also enjoyed attending car races and riding motorcycles.

Jaimie is survived by her daughter, Desirae (Tyler Schatzka) Washam and Kendall Hering, her sons: Jaxxon and Kupper Clough, her mother, Donna (Ron Schiller) Webb and uncle, Mike Moore as well as cousins, nieces, nephews, and friends. Jaimie is greeted in Heaven by her father, brother, Bob Webb, uncle, Larry Moore, as well as many friends.

A graveside prayer service for Jaimie Clough will be held on Saturday, July 10, 2021 at 10:00 AM at Underhill Cemetery, Town of Packwaukee.  Pastor Brenda Pulver will lead the service and a gathering will follow at the Packwaukee Community Park.  In lieu of flowers, donations are preferred to the family.

To order memorial trees or send flowers to the family in memory of Jaimie Webb-Clough, please visit our flower store.