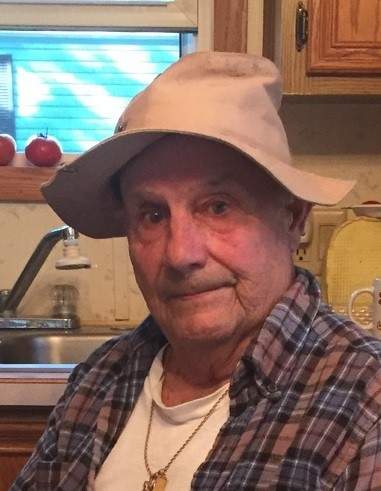 James “Jim” Leo Bassett , age 90 of Montello passed away Tuesday, August 24, 2021 at the Montello Care Center.  Jim was born in Madison on February 11, 1931 to Leo and Clara (Sargent) Bassett.  He graduated from Madison East High School in 1949 and went on to serve his country as a member of the United States Navy and later retired from the National Guard as a Master Sergeant.  Jim was united in marriage to Caryl Dunning in Madison at Our Saviors Lutheran Church on July 11, 1953 and together they were blessed with six children.

Jim made a career working on boilers in several different settings.  He vacationed to Packwaukee for many years and then relocated permanently to Montello in 1991.  Jim was an avid fisherman, hunter, snowmobiler, dancer and boater and loved to play with his grandkids.  He was proud of his service to his country and member of American Legion Post #351 of Montello and Life Member of the VFW Post in Harlingen, TX as well as a faithful member of St. John’s Evangelical Lutheran Church in Montello.  Jim will be remembered as wonderful husband, father and loving grandfather.

A memorial service for James Bassett will be held on Thursday, September 2, 2021 at 12:00 PM at St. John’s Evangelical Lutheran Church in Montello.   Visitation will be held from 10:00 until 11:45 AM at the church.  Inurnment with full military honors by American Legion Post #351 will follow the service at Underhill Cemetery, Town of Packwaukee.

To order memorial trees or send flowers to the family in memory of James Bassett, please visit our flower store.