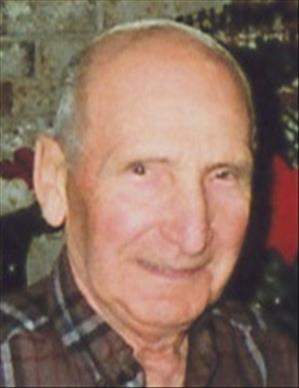 James "Jim" George Marchand, age 88 of Montello passed away Thursday morning, June 30, 2016 at Divine Savior Hospital in Portage. Jim was born in Princeton, MN to George and Cora (Paul) Marchand on July 18, 1927. He valiantly served his country as a member of the United State Navy during World War II and always proud of his service. Jim married Marion Arnold in Milwaukee on September 13, 1947 and from that union came a daughter, Jeanette. Marion preceded Jim in death on December 27, 1996. Jim worked as a machinist in the Milwaukee area for the Falk Corporation and later retired from Johnson Controls. He and Marion built a home in Montello in 1971, but didn't permanently take residence until 1988. Jim loved the outdoors, especially deer hunting and fishing. He was the weed cutter on Montello Lake for many years and also enjoyed woodworking and spending time with his companion, Ardean. Jim leaves behind his daughter, Jeanette (Kenneth) Johnson of Sussex and grandson, Eric (Heather Becker) Johnson of Platteville. He is also survived by his sister, June Stott, brother, George (Joyce) and sister-in-law, Esther Marchand. Jim is further survived by his companion, Ardean Ryzewski, many nieces, nephews and friends. Jim is preceded in death by his parents, wife, grandson, Timothy, step-father, Clifford Dvorak, brother, Duane and brother-in-law, George. A funeral service for James Marchand will be held on Tuesday, July 5, 2016 at 11:00 a.m. at the Crawford Funeral Home of Montello. Visitation will be held from 9:00 a.m. until the hour of service. Pastor Brenda Pulver will preside and burial with full Military Honors provided by American Legion Post #351 of Montello will follow the service at St. John the Baptist Catholic Cemetery, town of Montello.

To order memorial trees or send flowers to the family in memory of James Marchand, please visit our flower store.