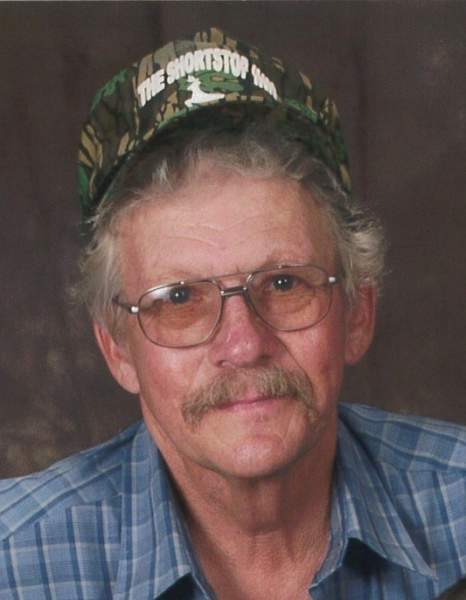 James “ Mac” McAllister , of Montello (formerly of Cottage Grove/Deerfield) passed away Sunday, October 24, 2021 just shy of his 80 th birthday.  Jim was born in Madison on November 8, 1941 to Floyd and Beatrice (Bailey) McAllister.  He graduated from Madison East High School in 1959 and married Mary “Connie” McCann; together they had three children and later divorced.   On August 16, 1997, Jim married Rosemary “Rosie” Keller at Hope Lutheran Church in Cottage Grove, together they have enjoyed many wonderful years together.  They vacationed to Montello for many years and permanently settled on Montello Lake in 2010.

Jim was a tile-setter and flooring installer by trade, but he had many other interests.  He volunteered as a member of the Cottage Grove Fire Dept for 30 years and was a long-time Cottage Grove Lions Club Member and recipient of the Melvin Jones Award.  In 2010, he was honored as the Grand Marshal of the Annual Fireman’s Parade in Cottage Grove for all his years of service to the community.  Jim loved to hunt, snowmobile, play cards, bowl and even raced stock cars in the 1950s and remained a huge Nascar fan.  He loved watching the Packers, Badgers, and Brewers and will be remembered for the many friends he made and enjoying life.

Jim is survived by his wife, Rosie and three children: Julie McAllister of Stoughton, Jeff (Edina) of Monona and Jan McAllister of Madison as well as six grandchildren: Bryce, Jeff, Jennifer, John, Shannon, and James and two great-grandchildren: Linkoln and Rozlyn.  He is also survived by two stepdaughters: Shelly (Brian) Klug of Nerstrand, MN and Linda (John Carroll) Barrett of Fitchburg, five step-grandchildren:  Dustin, Zack, Colton, Lauren and Mickey and a step-great grandson, Seth.  Jim is further survived by his brothers: Donald (Karen) and Ray as well as other nieces, nephews and extended family members.

A memorial service for Mac will be held on Tuesday, November 2, 2021 at 12:00 PM (Noon) at the Crawford Funeral Home in Montello.  Visitation will be held from 10:00 AM until the hour of service.  Inurnment will immediately follow the service at the Montello Eastside Cemetery.  In lieu of flowers, donations are preferred to the family for a memorial that will be established in Mac’s name.

To order memorial trees or send flowers to the family in memory of James McAllister, please visit our flower store.