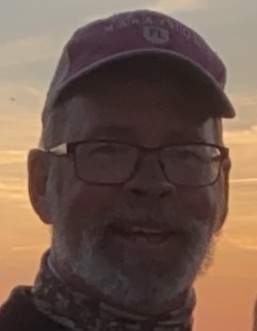 Jay Edward Wegenke , age 65 of Montello passed away Monday, April 4, 2022 at UW Hospital in Madison.  Jay was born in Portage on October 18, 1956 to Wallace “Hunk” and Diane (Gessner) Wegenke of Montello.  He graduated from Montello High School in 1974 and went to work in the trades.  Jay married Tonie Schaffrath and they had three daughters and later divorced.  He married Dayna Behnke on December 3, 2005 and together they have enjoyed many wonderful adventures together.

Jay was a skilled carpenter and concrete finisher working for several area contractors and ultimately for himself.  He was an avid outdoorsman, especially hunting and fishing as well as camping.  Jay was always up for a good time and looked forward to gathering with family and friends.  He was willing to help anyone in need and had a great sense of humor.  Jaybird otherwise known as the J.E.W. will be remembered for his cleverness to nickname anyone and his endless stories.

A memorial service for Jay Wegenke will be held on Saturday, April 9, 2022 at 11:30 AM at St. John’s Evangelical Lutheran Church in Montello.  Visitation will be held from 9:00 AM until the hour of service.  Rev. Pete Zietlow will preside and inurnment will be private. In lieu of flowers, donations are preferred to the family.

To order memorial trees or send flowers to the family in memory of Jay Wegenke, please visit our flower store.