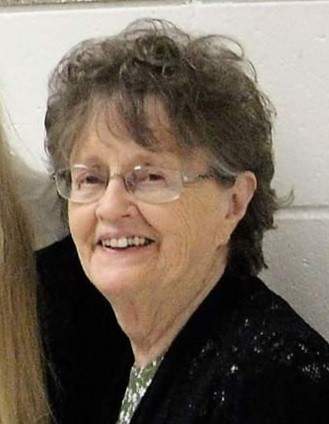 Joan Lucille Byers, age 76 of rural Oxford passed away peacefully surrounded by her family at her home on January 1, 2020.  Joan was born in a farmhouse near Brooks, WI on January 4, 1943 to Harvey and Ollie (Rathbun) Ellinger.  She married Myron Byers on April 18, 1964 in Oxford and from that union came three children.  Joan was a fantastic gardener, raising countless flowers and thousands of hostas over the years.  She was very interested in and spent a lot of time working on genealogy projects and was always willing to give back to her community.  In 2018, Joan was named Lioness of the Year by the Oxford Lionesses which she had been a part of for many years.  She loved her family and enjoyed making memories with them, especially her granddaughter, Kim, who was like a daughter to her. Joan was a kind and courageous individual that brought an energy no one could ignore or forget.  Joan and her many gifts will be greatly missed.

To order memorial trees or send flowers to the family in memory of Joan Byers, please visit our flower store.