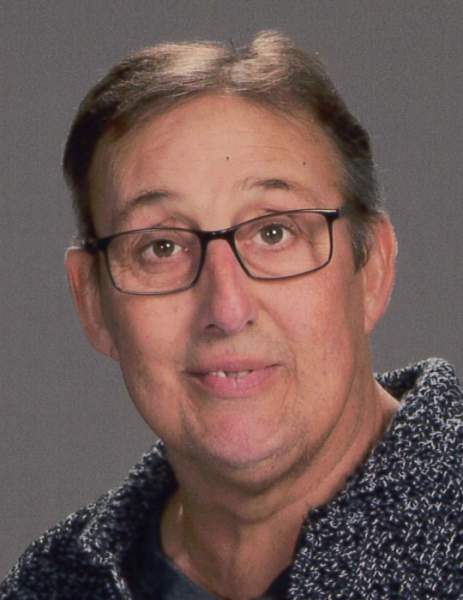 Joel Erwin Jaster , age 57 of Montello passed away Wednesday, December 19, 2018 at his home surrounded by his family.  Joel was born in Ripon to Edgar and Wilma (Disbrow) Jaster on November 28, 1961.  He graduated from Montello High School in 1980 and was united in marriage to Theresa “Terri” Rataczak on November 5, 1983 at St. John’s Evangelical Lutheran Church in Montello and together they were blessed with two sons.

Joel farmed in rural Montello his entire life as well as owning and operating several Ag related businesses and most recently with his sons as part of Jaster’s Ag Supply.  He enjoyed fishing, hunting and spending time up North at his cabin.  Joel will be remembered for his sense of humor and the love he had for his family.

Joel leaves behind his wife of 35 years, Terri and two sons: Benjamin (Megan) and Jacob all of Montello as well as two grandchildren: Levi and Johanna.   Joel is also survived by his mother, Wilma and six sisters:  Nancy Jaster; Luann (Robert) Sittig and their children: Ryan (Alicia), Daniel (Michele), Samantha (Jon), Rachel (Mark) and Rebekah (Ethan); Jill Murphy and her children: Megan (Sam), Marie (Shane), Bridget and Bradley; Becky (Doug) Schulz and their children: Allison, Abby and Emily; Gail (Gary) Glunn and their children: Leah and Anna; Kristen (Kris) Cragin and their children: Korrina, Karrigan, Kaleb and Kameron.  He is further survived by in-laws, several extended family members and many friends.

Joel is preceded in death by his father, brother-in-law, Robert Murphy and special friend, Chris Olsen.

A memorial service for Joel Jaster will be held on Saturday, December 22, 2018 at 11:00 AM at St. John’s Evangelical Lutheran Church in Montello.  Visitation will be held on Friday evening from 4:00 until 7:00 PM at the Crawford Funeral Home in Montello and again on Saturday from 9:00 AM until the hour of service at the church.  Pastor Pete Zietlow will preside and private family inurnment will take place at a later date in the Montello Eastside Cemetery.  In lieu of flowers, donations are preferred to St. John’s Ev. Lutheran Church, 313 E. Montello Street, Montello, WI 53949.

To order memorial trees or send flowers to the family in memory of Joel Jaster, please visit our flower store.