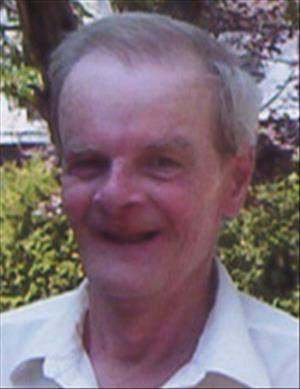 John M. Reamer, age 73 of Montello passed away Monday, July 25, 2016 at his home. John was born in Madison on December 27, 1942 to Richard and Marie (Johnson) Reamer. He moved around Wisconsin until permanently settling in Montello. John was a friendly person and had the gift to strike up a conversation with anyone he met. He enjoyed cheering on the Brewers and Packers as well as listening to rock and roll music. John had an extensive western movie collection that he was very proud of. He will be greatly missed. John leaves behind four siblings: Beverly Sullivan, James (Carol), Patrick (Janice) and Michael (Judy) as well as many nieces, nephews and friends. John is preceded in death by his parents, siblings: Jerry, Richard, Barbara (John) Sullivan and Dorothy (Steven) Carver as well as brother-in-law, Claude Sullivan. A memorial service for John Reamer will be held on Saturday, September 17, 2016 at 11:00 a.m. at the Crawford Funeral Home in Montello. Visitation will be held from 9:30 a.m. until the hour of service. Pastor James Brengosz will preside and inurnment will follow the service at the Montello City Cemetery. In lieu of flowers, donations are preferred to the family for a memorial that will be established in John's name. Crawford Funeral and Cremation Service of Montello and Oxford is honored to serving the family. www.CrawfordFH.com

To order memorial trees or send flowers to the family in memory of John Reamer, please visit our flower store.