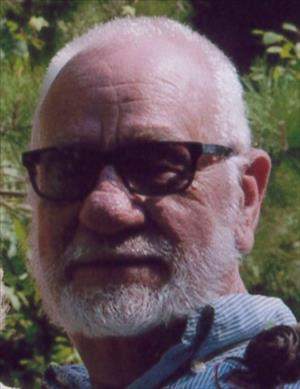 John R. Reuter Sr., age 79 of Montello (Lake Puckaway) passed away Thursday, August 17, 2017 at Theda Care Regional Medical Center in Appleton. John was born in Milwaukee to Sherborn and Erna (Wolff) Reuter on December 28, 1937. He worked several in several different career fields and married Nancy Litscher in Mayville on August 22, 1959. Together they raised three children and vacationed on Lake Puckaway until moving there permanently in the early 1990's. John enjoyed hunting, fishing, snowmobiling as well as riding his motorcycle. His family was very important to him and together they made many fond memories. John had the pleasure of many friends and their company was important to him. He will be greatly missed. John is survived by his wife of almost 58 years, Nancy and three children: John Jr. (LuAnn) of Beaver Dam, Dawn (Loren "Butch") Gorr of Beaver Dam and Kim Weidman of Juneau as well as eight grandchildren: Kari, Jessica (Eric), Kayla (Levi), Miles (Jill), Jared, Zachary, Cody and Carley. He is also survived by four great-grandchildren: Annabelle, Clara, Teal and Reed as well as his brother, Harold (Pat). John is further survived by his sisters-in-law: Inez Reuter and Yvonne Wendlandt and many nieces, nephews and friends.

To order memorial trees or send flowers to the family in memory of John Reuter, please visit our flower store.