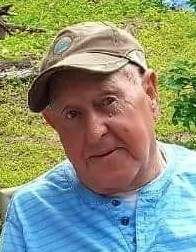 John William Smith , age 83 of Oxford passed away Sunday, November 3, 2019 at Whispering Pines Nursing Home in Ripon following a brief illness.  John was born at home on the family farm in the town of Oxford on November 24, 1935 to Robert and Lydia (Gerbitz) Smith.  He graduated from Oxford High School in 1954 and married Carol Colburn on September 1, 1956 in Adams at the Adams Congregational Church.  Together they had three sons; Carol preceded John in death on June 19, 2018.

In his younger years, John had a race horse “Lucky Strike” and competed in the local racing circuit.  He farmed on the family farm for most of life and was proud that it is still a working farm today.  John also drove semi-truck for many years and part of that time as a team with his wife, Carol.  He was an avid hunter and enjoyed his western hunting trips with family and friends as recent as October 2018 when he traveled to Colorado to hunt elk.  John enjoyed spending time with family, especially the great-grandchildren.  He will be greatly missed.

To order memorial trees or send flowers to the family in memory of John Smith, please visit our flower store.

Gathering of Family and Friends