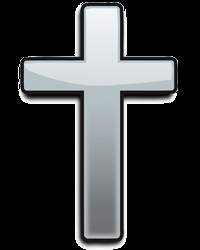 John “Jack” Mathias Wildt, age 81 of Montello passed away peacefully Tuesday, July 13, 2021 at Agnesian Hospice Home of Hope in Fond du Lac.  Jack was born on September 6, 1939 in Milwaukee, son of the late Walter and Eleanor (Peterman) Wildt.  He grew up in Wonewoc and graduated from Wonewoc High School as a member of the class of 1957.   Jack married Mildred Berna on February 27, 1965 in Milwaukee. While they resided in Milwaukee, Jack advanced his way up to Management at Pfister and Vogel, which was once one of the largest leather tanneries in the world.  He moved on to farming, where one farm quickly became three.  Jack retired to Montello in 2002.

Jack enjoyed hunting, fishing and especially ice fishing. When the fish were not biting, he was always eager to “give them [fish] another 15 minutes,” which inevitably led to fishing until dark. He was an avid sports fan, following the Packers, Brewers and Bucks as well as attending many of their games.  In retirement, he was afforded the opportunity to travel and winters were spent touring much of the South.

Jack is survived by his wife of 56 years, Millie and three sons: Patrick of Prescott, Arizona, Brian (Kim) of Albany and Shawn of Ripon as well as two granddaughters: Omega and Racheal.  He is also survived by sisters-in-law: Esther Baugnet and Helen (Jim) Zajac.

A memorial service for John “Jack” Wildt will be held on Monday, July 19, 2021 at 11:00 AM at Emmanuel (Big Mecan) Lutheran Church.  Visitation will be held from 10:00 AM until the hour of service at the church.  Pastor Pete Zietlow will preside and inurnment will follow the service in the parish cemetery.  In lieu of flowers, donations are preferred to Emmanuel Lutheran Church, W1568 Evergreen Lane, Montello, WI 53949.

To order memorial trees or send flowers to the family in memory of John Wildt, please visit our flower store.