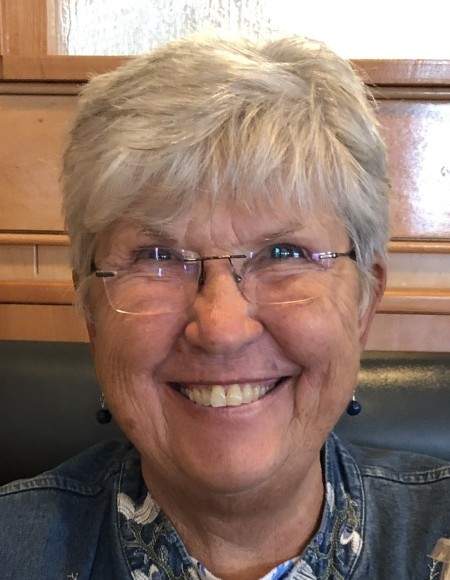 On Tuesday, January 12, 2021, the world lost a beautiful soul when Judith “Judy” Fulmer, 78, peacefully passed through the gates of heaven from her home in Montello.

Judy was born to Lawrence and Cecilia Hasslinger on May 21, 1942 in Waukesha. After moving around as a child, her family settled in Kenosha where she graduated from St. Joseph High School and started her career as a beautician. She established, owned and operated Judy’s Hair Care where, over several decades, she developed a long list of clients as well numerous friendships that still remain.

She married the love of her life, Lee “Dick” Fulmer, on May 7, 1982 at St. Mary’s Catholic Church in Kenosha. As an active member of her parish, Judy expressed her love for God and singing by serving as a choir member and cantor for many years.

After moving to their home on Buffalo Lake in Montello in 2004, she and Dick joined St. John the Baptist Church, where she continued her service to God by volunteering for various programs and most passionately, her ministry in music. She also worked for several years for Catholic Charities.

Judy and Dick wintered in Florida where she participated in many of the clubs in the retirement village. Her and her sister, Jackie, enjoyed being a part of the Actors Guild and put on many shows – demonstrating her talent for singing, dancing and general comic silliness.

Her love for family and friends shone in everything she was involved. She wore an infectious, ever-present smile and brightened the day of most that came into contact with her. While seldom one to initiate a prank, she was more than willing to play along and help to get the job done. As a member of quilting guilds in both Montello and Florida, she made numerous quilts and projects for her and her family to enjoy. She was also avid in knitting and crocheting, donating many of her finished pieces to various organizations.

Judy was particularly fond of the outdoors – particularly when it involved sharing it with her kids and grandkids. It’s believed by many of those that have visited her deck, every bird in Marquette County stopped by daily to partake in the smorgasbord served in a host of feeders placed about her yard and garden.

She is preceded in death by her husband, Dick Fulmer, son-in-law, Tim Marshall, her parents, brother, Jim Hasslinger and sister, Jane Hasslinger.

A Memorial Mass of Christian Burial for Judith Fulmer will be held on Tuesday, January 19, 2021 at 11:00 a.m. at St. John the Baptist Catholic Church in Montello.  Visitation will be held from 9:30 a.m. until the hour of Mass.  Father Savio Yerasani will preside and private family inurnment will take place at a later date.   In lieu of flowers, any donations should be made in Judy’s name to the Catholic Charities, 230 Central Avenue, Montello, WI 53949.

To order memorial trees or send flowers to the family in memory of Judy Fulmer, please visit our flower store.