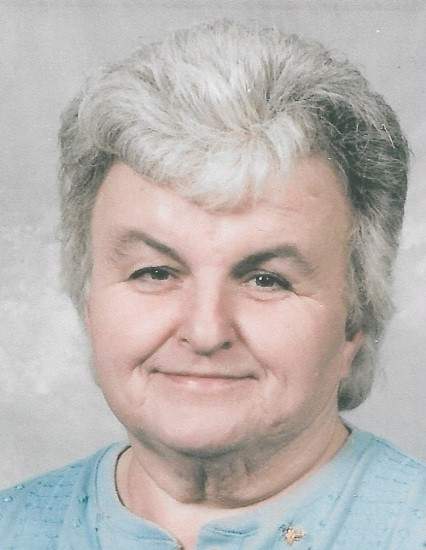 Karen Kay Cmelak, age 78 of Packwaukee passed away peacefully Thursday, June 23, 2022 surrounded by her family.  Karen was born on June 27, 1943 to Dorman and Mary (Bodi) Bestor in Beloit.  She married Danny Wachendorf and from that union came five daughters. Karen eventually took on being the ultimate single mother.  Karen moved to central Wisconsin in the mid 1970’s where she married Joseph Cmelak in 1995 and together, they enjoyed many wonderful years together until his passing in 2019.

Karen was all about her family; she loved to spend time with her siblings, daughters, grandchildren, great-grandchildren and this year was blessed with a great-great-granddaughter.  She always looked forward to rummage sales and shopping at thrift stores with her family.  Karen will be remembered for her love of family.

Karen is survived by her five daughters:  Lori Gilbertson of Portage; Tammi Alexander of Montello; Diane Kienast of Packwaukee; Becki Wachendorf of Portage and Sheri Terpstra of Merrill and a very special granddaughter, Kricket (Paul) Sanders, who took such great care of her through her health issues she endured over the years as well as 18 other very important grandchildren.  Karen is also survived by her “big, little brother”, Donald (Mary) Bestor and sisters-in-law: Charlotte Bestor, Dolores Rudy and Ellie Cmelak as well as stepchildren:  Debbie Cmelak, Donna Wilinski and Lester Cmelak as well as their children.  She is further survived by her many great-grandchildren as well as other extended family members.

A Celebration of Karen’s Life will be held at the Packwaukee Town Hall, N3511 State Street in Packwaukee on Saturday, July 9, 2022 from 1:00 PM until 4:00 PM. Karen, along with her husband Joseph, will be laid to rest at Newark Cemetery in Beloit at a later date.

To order memorial trees or send flowers to the family in memory of Karen Cmelak, please visit our flower store.