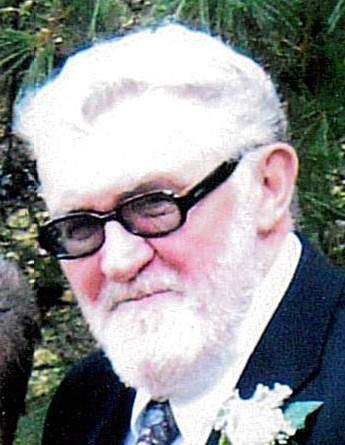 Kerry Ernest Dagner, age 75 of Montello passed away Friday, March 2, 2018 at the Montello Care Center.  Kerry was born in Appleton on November 17, 1942 to Ernest and Grace (Davis) Dagner.  He served his country as a member of the United States Army from January 1960 until December 1962.  Kerry returned from his time in service and married Shirley Vohland on April 4, 1964 at Trinity Lutheran Church in Packwaukee.  Together they were blessed with three daughters.

Kerry had many jobs throughout his life: he owned and operated Kerry’s Texaco in Montello as well as Bill and Kerry’s Sport Shop in Montello; he also was a salesman for Moorman’s Feed and lastly a self-employed truck driver.  Through all his different jobs, Kerry maintained an interest in guns and was well known for his gunsmithing abilities.  Kerry loved to hunt and have people tell him about their hunting experiences (and you better come with pictures!).  He was quite a dancer in his younger days, very light on his feet and able to keep up with anyone that wanted to have a dance with him.  He also enjoyed sports and played a lot of baseball/softball over the years where he was a catcher, pitcher and hit a lot of home runs, wasn’t much for the “base hit”, it was all or nothing!  He loved spending time with his family and cheering on his grandchildren at their many sporting endeavors.  He will be greatly missed.

Kerry leaves behind his wife of almost 54 years, Shirley and three daughters: Robin (Jim) York of Montello, Tammy (Jim) Hackbart of Coloma and Cindy (Tom) Bloom of Montello as well as eight grandchildren: Jake, Jae Jae (Jessica), Kerilyn (Kevin), Hunter, Shianne, Tyler, Jasper and Bodie.  He is also survived by five great-grandchildren:  Kamryn, Kenzi, Kennedi, Kaine and Jax and brother-in-law, Robert (Debbie) Vohland.  Kerry is further survived by his beloved (spoiled) dog, Ruger, other extended family members and friends.  He is preceded in death by his parents, in-laws and a niece.

A funeral service for Kerry Dagner will be held at 11:00 AM on Friday, March 9, 2018 at Trinity United Methodist Church in Montello.  Visitation will be held on Thursday evening from 4:00 until 7:00 PM at the church and again on Friday from 9:30 until 10:45 AM.   Pastor Jeff Radley will preside and full military honors by American Legion Post #351 of Montello will immediately follow the service.  Inurnment will be private.  In lieu of flowers, donations are preferred to the family for a memorial that will be established in Kerry’s name.

To order memorial trees or send flowers to the family in memory of Kerry Dagner, please visit our flower store.