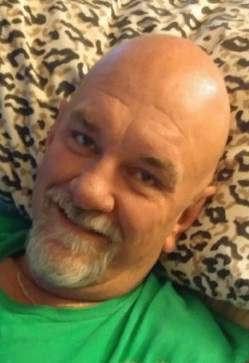 In his younger years, Kurt was an avid sportsman; hunting and fishing.  Later in life his hobbies were riding his Harley, spending time camping and grilling out.  Kurt was always willing to help friends and even strangers in need.  His caring spirit will be greatly missed.

Kurt leaves behind his wife, Faye of Packwaukee as well as two daughters: Kalynn Meyer and Krysta Meyer and mother, Kathleen Irizarry all of Fond du Lac.  He is also survived by two grandchildren: Reed and Kylie, three step-daughters and eight step-grandsons.  Kurt is further survived by his brother, Tom and two sisters: Gail (Robert) Phillips and Teresa Meyer as well as several other extended family members.

Kurt is preceded in death by his father and other extended family members.

In accordance with Kurt’s wishes, services and inurnment will be private.

Crawford Funeral and Cremation Service of Montello and Oxford is honored to serving the family.  www.CrawfordFH.com

To order memorial trees or send flowers to the family in memory of Kurt Meyer, please visit our flower store.