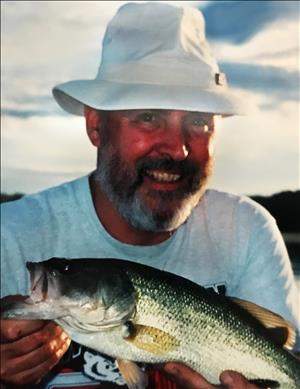 Lee "Dick" R. Fulmer, age 73 of Montello (formerly of Kenosha) passed away Saturday, August 5, 2017 at his home. Dick was born in Kenosha on September 12, 1943 to Leland and Verdelle (Wieske) Fulmer. He graduated from Bradford High School in Kenosha in 1961 and began service to his country as a member of the United States Army.

On May 7, 1982 he married Judith (nee Hasslinger) Larsen at St. Mary's Catholic Church in Kenosha; together they retired to Montello in 2003. Dick had a broad working career; his final position was maintenance supervisor at UW Parkside. He was an avid card player, fisherman and deer hunter. While wintering in Florida, he enjoyed bowling and throwing darts. Dick was a member of St. John's Catholic Men's Club, American Legion Post #351, Montello Rod and Gun Club, Marquette County ATV Club as well as the Marquette County Republican Party. He was a weekly volunteer at Central Wisconsin Veterans Home in King as well as a volunteer at the Care and Share Food Bank. Dick loved the time he spent with family and friends, especially the days on the lake. Dick is survived by his wife, Judy and five children: Shawn (Jill) Fulmer of Racine, Jim (Cathy) Larsen of Marshfield, Gary (Karie) Larsen of Tieton, WA, Cori Marshall of Sturtevant and Jackie (Scott) Robert of Pennsylvania as well as twelve grandchildren: Jake, Allie, Brittany (Tyler), Cody, Luke, Jori (Matt), Josh (Amber), Coel, Hope, Amber, Kristen and Amanda. He is also survived by nine great-grandchildren and five siblings: Amy (John) Fulmer-Vogel, Tim (Allison), Riley (Catherine), Nancy (Jim) DeNio and Jane Kautzer. Dick is further survived by many nieces, nephews and friends.

Dick is preceded in death by his parents, brother, Jerry and son-in-law, Tim Marshall. A Mass of Christian Burial for Lee "Dick" Fulmer will be held on Saturday, August 12, 2017 at 11:00 a.m. at St. John the Baptist Catholic Church in Montello. Visitation will be held from 9:00 a.m. until the hour of Mass. Father Paulraj Sellam will preside and private family inurnment will take place at a later date. In lieu of flowers, donations are preferred to the family for several memorials that will be established in Dick's name. Crawford Funeral and Cremation Service of Montello and Oxford is honored to be serving the family. www.CrawfordFH.com

To order memorial trees or send flowers to the family in memory of Lee Fulmer, please visit our flower store.