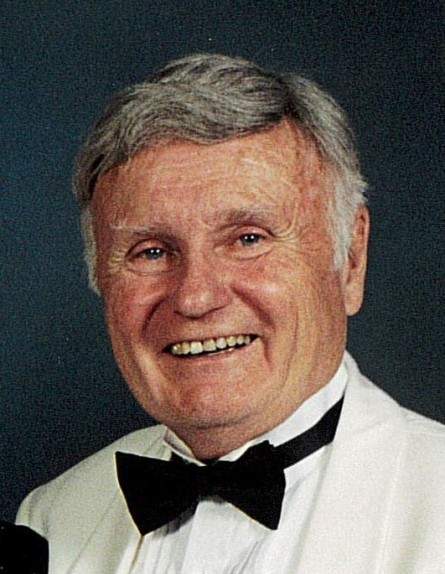 Leo Paul McLaughlin , age 91 of Montello (Lake Puckaway) passed away peacefully Sunday, March 20, 2022 at Patriot Place in Berlin.  Leo was born on November 17, 1930 in Sioux City, Iowa to James and Mary (O’Brien) McLaughlin.  Following graduation from high school, he earned a Bachelor’s Degree from St. Norbert College as well as a Master’s Degree from Marquette University.  He proudly served his country as a member of the United Stated Army from 1954 until 1956.  Leo was united in marriage to Mary Jo Hruska in 1956 and she preceded him in death in 1988.

Leo married Daris (Ehrlich) Fantl at St. Joseph’s Catholic Church in Wauwatosa on June 9, 1990 and together they moved to Lake Puckaway in the early 1990’s.  In his working years, he was employed as a pharmaceutical salesman and in retirement, he found ways to give back to his community as a member of the Montello Rotary Club and Lions Club.  Leo was also a proud member of the Montello Legion and Toastmasters.  He was a devout member of the Catholic Faith and member of St. John the Baptist Catholic Church in Princeton.

Leo leaves behind his wife, Daris and special niece, Kathleen Boschert, brother-in-law, Ron Ehrlich as well as other extended family members.  He is preceded in death by his parents and siblings:  John, Timothy, James and Rosemary.

A Mass of Christian Burial for Leo McLaughlin will be held on Friday, March 25, 2022 at 10:00 AM at St. John the Baptist Catholic Church in Princeton.  Visitation will be held from 9:00 AM until the hour of mass.  Father James McNamee will preside and Leo will be laid to rest at Wisconsin Memorial Park in Brookfield at 2:00 PM on Friday.  In lieu of flowers, donations are preferred to The Budda Box Fight Against Cancer, P.O. Box 591, Montello, WI 53949.

To order memorial trees or send flowers to the family in memory of Leo McLaughlin, please visit our flower store.