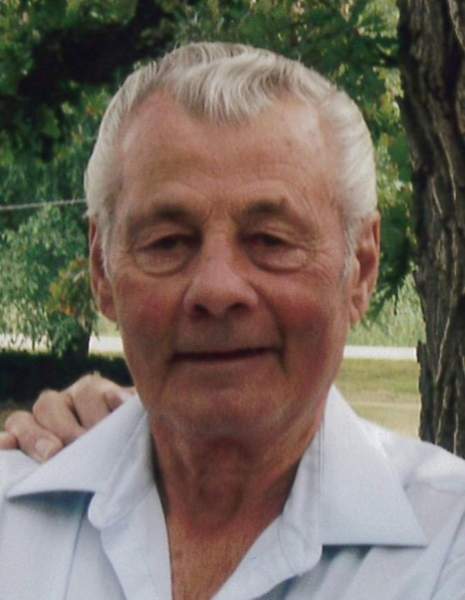 Lowell Roland Benedict , age 91 of Montello passed away peacefully Tuesday, August 31, 2021 at the Montello Care Center.  Lowell was born in Kenosha, Wisconsin on April 8, 1930 to Roland and Emily (Stonebreaker) Benedict.  He graduated from Union Free High School in Wilmot in 1948.  Lowell married Esther Hansen and together they raised two children and later divorced.

Lowell was an avid trapper and hunter; his father taught him at a young age.  He was a lifetime member of the Wisconsin Trappers Association beginning in 1938.  Lowell began raising mink in Kenosha while working as a landscaper.  He continued both when they moved to Montello in April of 1966 and purchased Zimmerman’s Resort.  While running the resort, Lowell was famous for his weekly cookouts and deer shining trips.  He also sold snowmobiles and trapper trail bikes while making his well-known lures for trapping, hunting, and fishing.  In 1970, Lowell and Esther built the Rustic Inn.  Lowell was always a fan of racing from taking his family to the Indy 500 to being the proud sponsor of a Badger Midget Racing car.  He never missed a Sunday at Angell Park Speedway in Sun Prairie.  Lowell’s greatest enjoyment, however, came from his grandchildren and great-grandchildren.

Lowell is survived by his daughter, Cindy Kemnitz and son, Greg (Cathy) Benedict as well as his granddaughters: Sasha Ripley, Ashley (Steve) Schroeder, Jessica (Steve) Smith and Caitlin (Paden) Drew.  He is also survived by great-grandchildren:  Ally, Parker, Jordy, Kieren, Dawson, Lucas, and Avery.  Lowell is further survived by the love of his life, Karlene Utke and her family as he saw them as his second family as well as his sister-in-law, Pam Benedict, brother, Norman (Merry) Benedict and many nieces, nephews, and friends.

Lowell is preceded in death by his parents, brother, Everett and former wife, Esther Benedict.

A funeral service for Lowell Benedict will be held on Saturday, September 11, 2021 at 4:00 PM at Trinity United Methodist Church in Montello.  Visitation will be held from 2:00 PM until the hour of service.  Following the traditional service, Lowell will be cremated and private family inurnment will take place at a later date.

To order memorial trees or send flowers to the family in memory of Lowell Benedict, please visit our flower store.