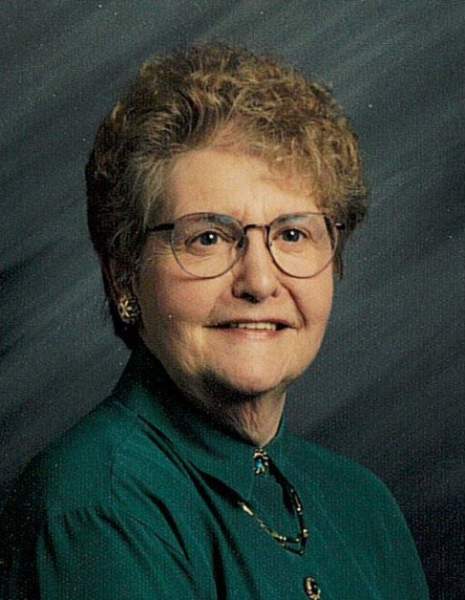 Margaret “Peggy” Gister , age 91 of Montello went to be with her Lord and Savior Jesus Christ on Friday October 8, 2021 with her daughter at her side. Peggy was born on May 8, 1930 in Brooklyn, New York.  At the age of 19, she married her first husband, Raymond P. LaRose, moved to Rhode Island and then to Massachusetts.  She had many jobs over those years, but most of all a loving wife and mother. In 1973, she moved to Racine, Wisconsin to be closer to her daughter and grandchildren. She worked in the cafeteria at St. Mary’s Hospital, then married Henry “Hank” Gister.

They relocated to Montello where they both started working at Montello Schools; she was a cafeteria aide and he was a janitor. During that time, Peggy also cleaned at the Montello Clinic until her husband retired from Montello Schools and they moved to Titusville, FL.  After Hank passed away, she came back to Montello and lived at the Senior Village until going to Harris Villa in April of 2021 where she was known for her unique sense of humor and love for the outdoors.

Peggy is survived by her daughter, Irene (Wayne) Palmer of Montello, sister, Helen Haskell of Florida and grandchildren: Laura Vickers, Carolyn (Jon Phillips) Vickers, Elizabeth Vickers all of Wisconsin as well as Melissa, Cody, and Christopher LaRose all from Massachusetts.  She is also survived by great-grandchildren: Mitchell, Chelsea, Kennedy, Collin, and Chloe, daughter-in-law, Dee LaRose as well as other special people in her life: Claire Bousquet, Roger LaRose and many nieces and nephews.

A Memorial Mass of Christian Burial for Margaret Gister will be held on Tuesday, October 19, 2021 at 11:00 AM at St. John the Baptist Catholic Church in Montello.  Visitation will be held from 10:00 AM until the hour of service.  Father Savio Yerasani will preside and inurnment will take place at a later date.

A special thank you to the crew at Harris Villa and Hospice Services for all the love and care you showed Peggy during her stay. You were her angels on Earth. Another special thank you to Pat Knickerbocker for being such a good friend. I would also like to thank my close friends and family for being there during this difficult time.

To order memorial trees or send flowers to the family in memory of Margaret "Peggy" Gister, please visit our flower store.