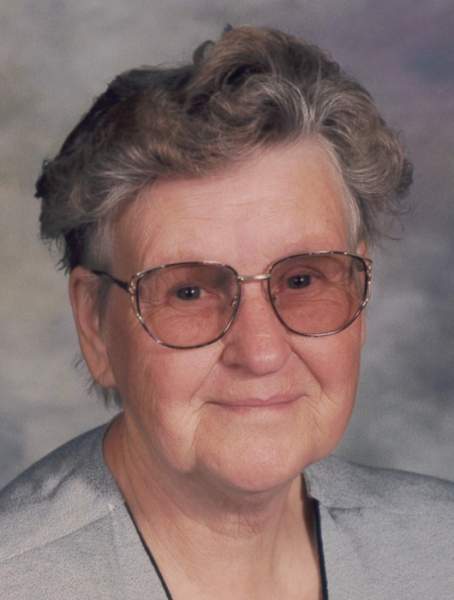 Margie Elaine Mateske , age 88 of Montello (Emery Lake) passed away Monday September 24, 2018 at her home.  Margie was born in the town of Oxford, Marquette County to William and Bernice (Drew) Labrenz on June 15, 1930.  She graduated from Montello High School and married Clifford Mateske at the Methodist Church in Westfield on May 3, 1947; Clifford preceded Marge in death on October 8, 1991.

Marge was employed at several local businesses throughout her life: Dairyland Poultry in Endeavor and later retiring from Brakebush Bros.  She enjoyed spending time in her garden, fishing and crocheting.  Her grandchildren were very important to her and she loved to spend time with them.  Margie and her brother, Ed took many drives together to recall their past and the bond they shared in their later years made their lives more complete.

Margie is survived by two sons: Roger (Carol) of Portage and Jeff (Judy) of Montello as well as eight grandchildren and nine great-grandchildren.  She is also survived by her brother, Ed Labrenz, son-in-law, George Noonan and other extended family members.

Margie is preceded in death by her parents, husband, Clifford, daughter, Vicky Noonan and brothers: Cecil (Clara and Shirley) and Ronald (Myrna) and sister-in-law, Sharon.

A funeral service for Margie Mateske will be held at 12:00 PM (noon) on Saturday, September 29, 2018 at the Crawford Funeral Home in Montello. Visitation will be held on from 10:30 AM until the hour of service.  Pastor Julie Krahn will officiate and burial will follow at Oak Hill Cemetery, town of Packwaukee.

To order memorial trees or send flowers to the family in memory of Margie Mateske, please visit our flower store.