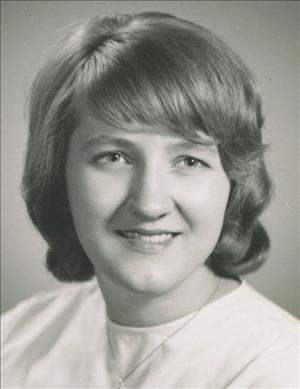 Marilynn Louise Olson, age 68 of Oxford passed away peacefully Sunday, September 25, 2016 at Golden Living Center in Wisconsin Dells. Marilynn was born in Beaver Dam to William and Mildred (Smith) Jungenberg on December 17, 1947. She graduated from Westfield High School in 1966 and married Dale Heinemeier on August 12, 1967 and they later divorced. Marilynn married David Olson on July 31, 1993 and together they have enjoyed life and resided in Oxford ever since.

Marilyn enjoyed gardening, fishing and cheering on the Green Bay Packers. Though she had several titles throughout her life, the most important to her was "Grandma." Marilynn loved her family very much and cherished the time they spent together. Marilynn is survived by her husband, David and two children: Kristi (Jerry) Lund of Grand Marsh and Randall (Lauren Taft) Heinemeier of Oxford as well as three grandsons: Keegan, Reece and Landry. She is also survived by her great-grandson, Quiton and two step-granddaughters: Samantha (Andrew) and Miranda. Marilynn is further survived by siblings: Bill (Carolyn) Jungenberg, Kenneth (Gail) Jungenberg and Iris (Paul) Hoffman and sister-in-law, Evelyn Jungenberg as well as many extended family members. Marilynn is preceded in death by her parents, infant child and two brothers: Harvey and Earl Jungenberg.

A memorial service for Marilynn will be held on Friday, September 30, 2016 at 11:00 a.m. at the Oxford Bible Church. Visitation will be held Thursday evening from 4:00 until 7:30 p.m. at the Crawford Funeral Home in Oxford and again on Friday at the church from 9:30 a.m. until the hour of service. Inurnment will follow the service at the Oxford Village Cemetery. In lieu of flowers, memorials are preferred to the Budda-Box Fight Against Cancer, P.O. Box 91, Westfield, WI 53949. "Cowboy O says, so long Lady M, see you in heaven" Crawford Funeral and Cremation Service of Oxford and Montello is honored to be serving the family. www.CrawfordFH.com

To order memorial trees or send flowers to the family in memory of Marilynn Olson, please visit our flower store.