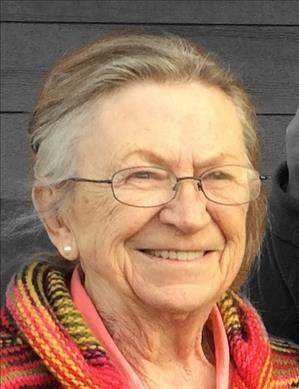 Marolyn Warner, 79, of Montello, returned to her heavenly home on the morning of Tuesday, July 18th, 2017. She died peacefully, and left a legacy of family and friends to mourn her loss, and to celebrate her amazing life.

Marolyn was born in Montello in 1937, the daughter of Phil and Arvilla Smart. She first trained to be an Airline attendant, but decided to be a full time mother to raise 4 wonderful young men, who survive her - John Ribar of Montello, Daniel Ribar of Florida, Andrew Ribar of Mississippi, and Matthew Ribar of Texas.

Marolyn worked in many jobs through the years - minister's wife, banquet and restaurant manager, long-haul trucker, a Home Depot department manager, and finally a librarian in the school at St. John's Lutheran Church, here in Montello, where she was a life-long member. She was also a caretaker for her husband Teddy Warner, who preceded her in death in 2009.

Marolyn will be buried in the Sarasota National Cemetery, Sarasota, Florida with her husband Teddy. Private services will be held.

Crawford Funeral and Cremation Service of Montello and Oxford is honored to be serving the family. www.CrawfordFH.com
To order memorial trees or send flowers to the family in memory of Marolyn Warner, please visit our flower store.