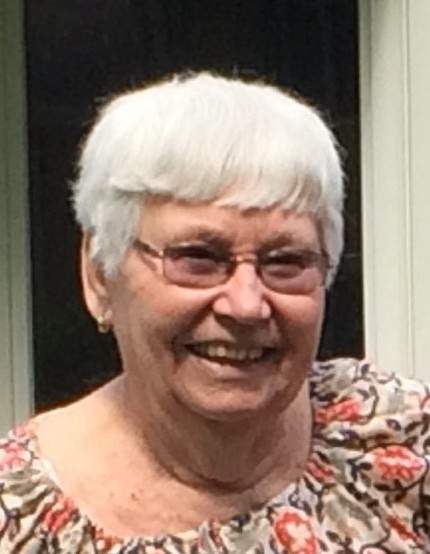 Martha Mary Kral , age 83 of Packwaukee/Oxford died on Friday, October 23, 2020 at Harris Villa Assisted Living in Westfield. Martha was born on December 5, 1936 in Milwaukee the daughter of Herbert and Renata (Barkow) Jordan.  At a young age, Martha along with her mother and siblings moved to Packwaukee. On December 6, 1952 Martha married Allen Kral at Trinity Lutheran Church in Packwaukee, where she remained a member for the rest of her life.  For many years Martha worked alongside Allen owning and operating Kral Auto Salvage in Packwaukee. She also worked as a rural mail carrier out of the Montello post office.  Following the transition of their business to their son, Dan, Martha and Allen moved to Oxford.  In her younger years, Martha enjoyed camping, snowmobiling and riding motorcycle.  More recently, she enjoyed gardening and going to the casino.  Martha especially enjoyed spending time with her family.

Martha is survived by two daughters: Debbie (Bob) Vohland of Oxford, Dawn (David) Kral-Kueter of Wheatridge, CO as well as grandchildren: Robin (Shaun) Murphy and their children: Bailey and Aiden; Jeremy (Whitni) Kral and their children: Thea, Tate and Tess; Eric Drew and his children: Caleb and Olivia; Jeff Kral and Joshua Kral. Martha is also survived by her sisters: Helen Krivanek, Renata Quillen, Ruth Pellerino, sister-in-law, Joyce Krueger and many other relatives and friends.

A memorial service for Martha Kral will be held on Saturday, June 5, 2021 at 11:00 AM at Trinity Lutheran Church in Packwaukee.  Visitation will be held from 9:00 AM until the hour of service at the church.  Pastor Larry Sheppard will preside and inurnment will follow at Oakhill Cemetery, Town of Packwaukee.  In lieu of flowers, donations are preferred to the family for a memorial that will be established in Martha’s name.

The family would like to thank Nan and the amazing staff at Harris Villa for the care they gave Martha over the last 2 years. Words cannot express how grateful we are for the care and compassion shown to Mom.

To order memorial trees or send flowers to the family in memory of Martha Kral, please visit our flower store.