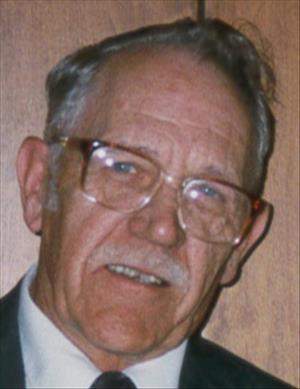 Martin "Marty" A. Bethke, age 91 of Montello passed away early Sunday morning, July 31, 2016 at the Barrett House in Markesan. Marty was born on February 14, 1925 in Oshkosh to Louis and Sidonia (Hoeft) Bethke. He graduated from Neshkoro High School in 1943 and later married Dolores Bandt on April 13, 1946 in Racine. Together they lived and raised their three children in town of Shields, Marquette County; Dolores preceded Marty in death on July 26, 2014. Marty farmed all of his life as well as worked at Handcraft in Princeton and then at Speed Queen in Ripon until his retirement. He served as Treasurer for the town of Shields for many years. Marty enjoyed hunting, fishing and riding his bike. He was very active in his church, serving as an elder, Sunday school teacher, and singing in the choir. Marty and Dolores enjoyed traveling to the western part of the United States. He will be remembered as a very hard worker providing for his family and serving the Lord. Martin is survived by his three children: Christine Bethke of Madison, Marc (Bobbie) of Juneau and Carla (Jeffrey) Barry of Lake Geneva as well as ten grandchildren and eight great-grandchildren. He is also survived by his brother, Donald of Germania as well as other extended family members and friends. A funeral service for Martin Bethke will be held on Thursday, August 4, 2016 at 11:00 a.m. at the Crawford Funeral Home in Montello. Visitation will be held from 9:30 a.m. until the hour of service. Pastor Peter Ostrander will preside and burial will follow at the Princeton City Cemetery. In lieu of flowers, donations are preferred to the family for a memorial that will be established in Marty's name. Crawford Funeral and Cremation Service of Montello and Oxford is Honored to be serving the family. www.CrawfordFH.com

To order memorial trees or send flowers to the family in memory of Martin Bethke, please visit our flower store.