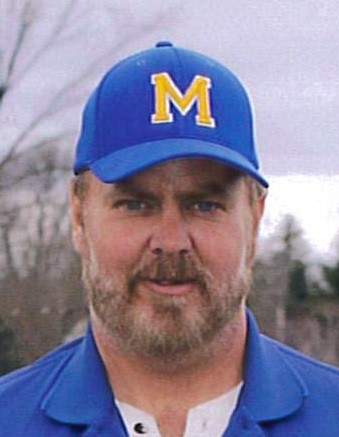 Matthew “Matt” T. Schlaefer , age 53 of Montello passed away Thursday, October 29, 2020.  Matt was born on April 12, 1967 in Milwaukee and raised in Montello by Robert and Carol (Krentz) Schlaefer.  He graduated from Montello High School in 1985 and married Patti Popp, together they raised two boys and later divorced.

Matt was employed by Snow Crest Christmas Trees of Montello until joining his father as a carpenter and later owning and operating his own construction company, “New and Improved Homes” based in Montello.  He was always involved in his son’s athletic activities; coaching for 14 years in football, basketball and baseball.   Matt also served his community as a member of the Montello Volunteer Fire Department since 1995.  He has been a lifelong Christian and devout member of St. John the Baptist Catholic Church in Montello and later St. John the Baptist Catholic Church in Princeton.  Matt will be remembered for his pride in his community, his Faith and the love he had for his two sons.

Matt leaves behind his two sons: Darren and Austen both of Montello, brother, Mark (Sherry) of Green Bay and sister, Jane Schlaefer of Fond du Lac.  He is also survived by a nephew, Douglas, a niece, Claire and the mother of his boys, Patti Schlaefer.  Matt is preceded in death by his parents.

A memorial Mass of Christian Burial for Matthew Schlaefer will be held on Thursday, November 5, 2020 at 11:00 AM at St. John the Baptist Catholic Church in Montello.  Visitation with social distancing will be held from 9:00 until 10:45 AM.  Father Savio Yerasani and Father Dale Grubba will concelebrate the mass and inurnment will follow the service at St. John the Baptist Catholic Cemetery in Montello.

To order memorial trees or send flowers to the family in memory of Matthew Schlaefer, please visit our flower store.