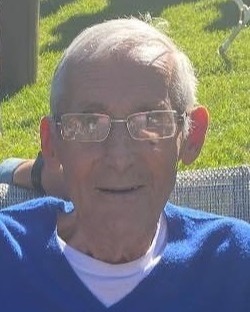 Myron K. Thompson, age 87 of Montello passed away Wednesday, January 11, 2023 at Aspirus Divine Savior Hospital in Portage.  Myron was born in Oxford on June 7, 1935 to William and Mildred (Drew) Thompson.  He graduated from Oxford High School in 1953.  He married Joan (Neale) Daniels on April 6, 1968 and together they had one daughter, Traci.  Myron also became a wonderful father to Joan’s eight children and treated them as if they were his own.  Joan preceded him in death on July 3, 2015.

Myron was a union steel worker for many years with Mid-State and C and C Erecting. After his retirement in 1997, he and Joan enjoyed traveling. One of Myron’s favorite trips was their Alaskan Cruise. Myron was a talented woodworker, operating Thompson Furniture and Cabinetry. He spent many hours in his shop building cabinets and other beautiful pieces of furniture. You can find a little bit of Myron’s talent in all of our homes.

A funeral service for Myron Thompson will be held on Wednesday, January 18, 2023 at 1:30 PM at Trinity United Methodist Church in Montello.  Visitation will be held from 11:00 AM until 1:15 PM at the church.  Pastor Lisa Gilbert will preside and burial will follow the service at the Montello City Cemetery.  In lieu of flowers, donations are preferred to: Budda-Box, P.O. Box 591, Montello, WI 53949 or Trinity United Methodist Church, P.O. Box 460, Montello, WI 53949.

To order memorial trees or send flowers to the family in memory of Myron Thompson, please visit our flower store.