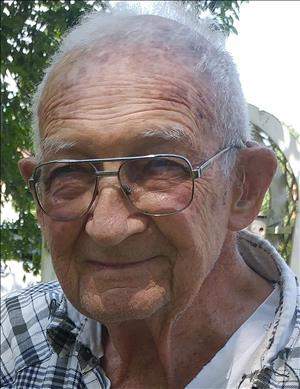 Norbert "Norb" A. Stahmer, life long resident of Endeavor unexpectedly passed away at his home on Sunday, October 22, 2017, at the age of 88. Norb was born in Endeavor on February 7, 1929 to Albert and Marie (Witt) Stahmer. He graduated from Endeavor High in 1947. In 1948, he began work for the Wisconsin Department of Natural Resources as a Wildlife Technician with their Game Management Program. After 50 years of faithful employment, he retired. Norb was united in marriage to Arlene Nikolai on July 9, 1952, and they were blessed with seven children. Norb loved to be outside. He was an avid hunter, as well as a gardener. Norb's legacy can be seen in the influence he had on many Columbia County Wildlife areas including: French's Creek, Grassy Lake, Pine Island, Jenning's Creek, Paradise Marsh, Swan Lake, Springvale, Mud Lake, and others. He was a proud member of the NRA who took his guns and reloading very seriously. Norb was a lifelong member Trinity Lutheran Church in Packwaukee. He will be remembered as a great family man who truly enjoyed spending time with his wife, children, grandchildren, great-grandchildren and great-great-grandchildren. Norb is survived by his wife of 65 years, Arlene, and seven children: Mary (Jim) Berkholtz of Crestwood, Missouri; Cynthia Strong of Endeavor; Richard (Rhonda) of Endeavor; Sandra (Alan) Burns of Oxford; Steven of Endeavor; Norlene (Russ) Gray of Endeavor; and Nadine Searles of Oxford. He is also survived by his grandchildren: Aubrey Berkholtz, Trevor (Marcia) Berkholtz, Lauren Berkholtz, Raegan Berkholtz, Peter (Kelly) Trimble, Jeffrey (Danielle) Strong, Nicole Strong, Tifanie (Jason) Nielsen, Deana (Eric) Routson, Ricky Stahmer, Jenna Stahmer, Ami Stahmer, Alicia Burns, Ethan (Paige) Burns, Lee (Annette) Gray, Pam Gray, Shelby Gray, Cole Gray and Wyatt Searles; as well as 15 great and great-great-grandchildren. Norb is further survived by step-brother, Henry Mootz; brother-in-law, Tom (Judy) Nikolai; sister-in-law, Ann (Elmer) Schmid; as well as other extended family members. Norb is preceded in death by his parents; step-mother, Harriett; step-brothers, Jack and Richard Mootz; and brother-in-law, Paul Nikolai. Also a great grand daughter, Kaylee Ann Trimble. A funeral service for Norbert Stahmer will be held on Friday, October 27, 2017 at 10:30 AM at Trinity Lutheran Church in Packwaukee. Visitation will be held on Thursday from 4-7PM at the Crawford Funeral Home in Montello, and again on Friday at the church from 9:30 AM until the hour of service. Pastor Larry Sheppard will preside and the burial will follow the service at Hillcrest Cemetery in Endeavor. In lieu of flowers, donations are preferred to the family for a memorial that will be established in Norbert's name. Crawford Funeral and Cremation Service of Montello and Oxford is honored to be serving the family. www.CrawfordFH.com

To order memorial trees or send flowers to the family in memory of Norbert Stahmer, please visit our flower store.