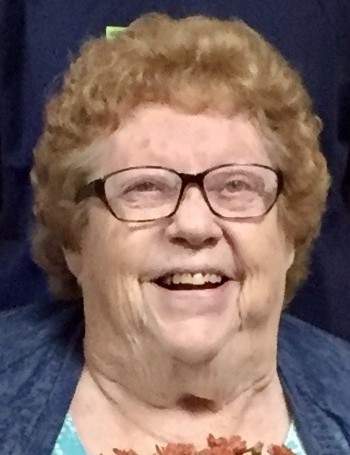 Norma Dorothy Bonnett , age 96 of Oxford passed away at Grancare Nursing and Rehabilitation, in Fond du Lac on Thursday, May 21, 2020 with her husband by her side.  Norma was born in Oxford on July 4, 1923 to Vernon and Dorothy (Manteufel) Nelson.  She graduated from Oxford High School in 1941.  In that same year, she married George F. MacKenzie. They owned and operated Oxford Convalescent Home from 1941 to 1967 and raised three children.

On August 26, 1975, Norma married Bernard “Beanie” Bonnett Jr. in Dubuque, Iowa. Beanie was Norma’s soulmate and best friend for forty-four years. His love and devotion were exemplified over the past eight and a half years. He could be found sitting next to Norma every day at Grancare, holding her hand and providing comfort.

Norma was involved in many things: she was a beautician and a clerk at the Oxford Post Office for several years.  She was a charter member of the Oxford VFW Auxiliary, member of the Eastern Star, election poll worker for several decades, enjoyed crocheting and was known as a great cook.  Norma was instrumental in establishing the Oxford Public Library and volunteered for many years.  Most of all, Norma was a great sister, wonderful mother, and loving grandmother. She will be greatly missed.

Private funeral services will be held, and Norma will be laid to rest at the Oxford Village Cemetery. In lieu of flowers, donations can be made to Oxford VFW Auxiliary or Oxford Presbyterian Church.

To order memorial trees or send flowers to the family in memory of Norma Bonnett, please visit our flower store.