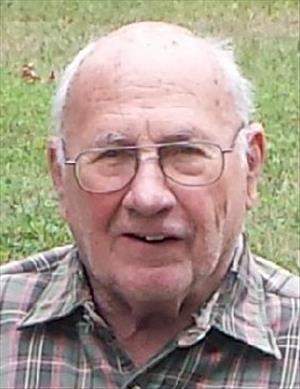 Norman Donald Chapelle, age 90 of rural Montello passed away peacefully Wednesday, October 18, 2017 at his home. He was born in Chicago on February 11, 1927 to Frank and Josephine (Nasarzenski) Chapelle. Norman served his country as a member of the United States Army during World War II and upon returning from his time in service he met the love of his life, Dorothy Magnuson at The Trianon Ball Room, where they had many good times together. They were united in marriage on August 4, 1951; Dorothy preceded Norman in death in December of 2005.

Norman was a machinist by trade; working for several factories in the Chicago Area including: Ford Aircraft and Continental Can. He and Dorothy moved to rural Montello in 1988 and enjoyed a happy retirement. Norman loved Big Band and Polka music, especially Lawrence Welk. He was an avid outdoorsman, spending many hours hunting and fishing. Norman was very proud of his retirement home, taking care of his pond and spending time with his family and friends. Norman is survived by his son, Donald (Kathy) of Oregon, WI and two grandchildren: Donald Jr. "DJ" Chapelle and Bailey Chapelle both of Sun Prairie, WI as well as two step-grandchildren: Eric (Kelli) Rogers and Kelly Rogers both of Oregon, WI. He is also survived by two step-great-grandchildren: Reese and Samuel Rogers as well as his brother, Conrad (Mary Ann) Chapelle of Bridgman, MI. Norman is further survived by many extended family members and friends. Norman is preceded in death by his parents, wife and siblings: Frank, Geraldine, Josephine, Eunice and Gilbert and sister-in-law, Genevieve (Magnuson) Coles. A memorial service for Norman Chapelle will be held on Monday, October 23, 2017 at 3:00 p.m. at Crawford Funeral Home in Montello. Visitation will be held from 1:30 p.m. until the hour of service. Pastor Mike Vargo will preside and private family inurnment will take place at a later date. In lieu of flowers, donations are preferred to the family for a memorial that will be established in Norman's name.

To order memorial trees or send flowers to the family in memory of Norman Chapelle, please visit our flower store.