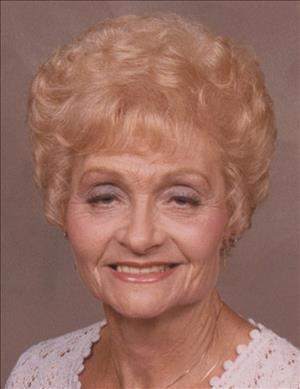 Olga S. Fowler, age 93 of Oxford, WI (formerly of Janesville) passed away Tuesday afternoon, December 6, 2016 at St. Elizabeth Manor in Footville. Olga was born in Stoughton on May 29, 1923 to Andrew and Gertrude Kleven. She graduated from Stoughton High School and married the love of her life, Robert "Bob" Fowler on October 2, 1948. She was employed and retired from the City of Janesville Health Department. Together she and Bob were active members of the Janesville community until Bob retired from General Motors and they permanently moved to Oxford to their vacation home on Crooked Lake. Bob preceded Olga in death on February 12, 2003. Olga is known for her wit, sense of humor and caring for family and friends. She was an active member of the VFW in Oxford where she volunteered for the ladies auxiliary. She enjoyed going on casino trips and playing bingo every Monday at the VFW. Olga loved working in her yard and planting flowers in every corner. Olga is survived by her sister, Anne Naeser of Janesville and many nieces and nephews. Olga is preceded in death by her parents, husband, four brothers and four sisters. A funeral service for Olga Fowler will be held on Saturday, December 10, 2016 at 11:00 a.m. at the Crawford Funeral Home of Oxford. Visitation will be held from 9:30 a.m. until the hour of service. Pastor Janet Ruark will preside and burial will follow the service at Hill Crest Cemetery in Endeavor. In lieu of flowers, memorials are preferred to St. Jude Children's Research Hospital, 262 Danny Thomas Place, Memphis, TN 38105. Crawford Funeral and Cremation Service of Oxford and Montello is honored to be serving the family. www.CrawfordFH.com

11:00 AM
Crawford Funeral Home of Oxford

To order memorial trees or send flowers to the family in memory of Olga Fowler, please visit our flower store.