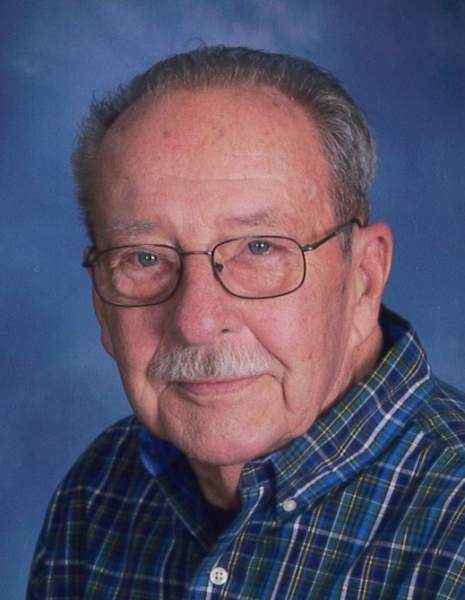 Philip Walter Zieman passed into eternal life on May 9, 2022.  He was born to Philip Frank Zieman and Alice (Stark) Zieman on May 24, 1934 in Nekoosa and baptized into the Christian faith on July 11, 1934.  Philip attended public school in Nekoosa, graduating from Alexander High School in 1951.  After graduation, he attended Wisconsin State College-Stevens Point (now UW-Stevens Point), graduating on June 5, 1955, with a Bachelor of Science degree in Biology and Conservation.  Philip married Betty Louise Tubesing June 6, 1953 at Lake Park Lutheran Church in Milwaukee.

The State of Wisconsin announced the upcoming conservation warden test and Philip received permission to take the test at age 20, although anyone under the age of 21 was ineligible for hire.  Since the actual hiring wouldn’t occur until after his birthday, it was allowed.  He was among the 30 who passed the written and oral test.  After spending time with training wardens during a six-month probation period, Philip and Betty moved to his first assigned station in Wittenberg in April of 1956.  In 1966, he transferred to Marquette County, spending 22 of his 33 years working there as a field warden.  He took pride in his job and felt a comradeship with other wardens.  He received the Haskell Noyes Efficiency Award in 1976, the warden of the year award for faithful able service.  He retired in 1988.

After retirement, he continued selling horse, stock, flatbed, and cargo trailers as Zieman Trailer Sales.  The business closed a few years ago.  He loved selling and dealing on trailers and meeting new people.

After losing his first love, Betty, the mother of their four children, to cancer, Philip married LuAnn Johnson at Our Savior’s Lutheran Church in Thief River Falls, MN on June 22, 1974.

Philip’s name from the Greek means “friend of horses,” so it was fitting that he owned, raised, rode and showed horses much of his life.  It became a family activity with all four children on weekends—horse shows, and later, rodeos.  He also enjoyed early morning coffee with “the guys,” telling jokes and game warden stories, hunting deer, talking about hunting deer, watching Gunsmoke and Young Guns reruns, and horse and rodeo programs on television.  Philip was also a member of St. John’s Evangelical Lutheran Church of Montello.

He was preceded in death by his parents, his in-laws, Rudolph and Margaret Tubesing and James and Inga Johnson, his first wife, Betty and infant son, Jeffrey.

John 10:27-28  My sheep listen to My voice; I know them, and they follow Me.  I give them eternal life, and they shall never perish; no one can snatch them out of My hand.

A memorial service for Philip Zieman will be held on Saturday, June 11, 2022 at 11:00 AM at St. John’s Evangelical Lutheran Church in Montello.  Visitation will be held from 9:30 AM until the hour of service.  Pastor Pete Zietlow will preside and Philip will be laid to rest at the Harrisville Cemetery privately.  In lieu of flowers, donations are preferred to:  St. John’s School Tuition Assistance or School Technology Fund, 313 E. Montello Street, Montello, WI 53949.

To order memorial trees or send flowers to the family in memory of Philip Zieman, please visit our flower store.