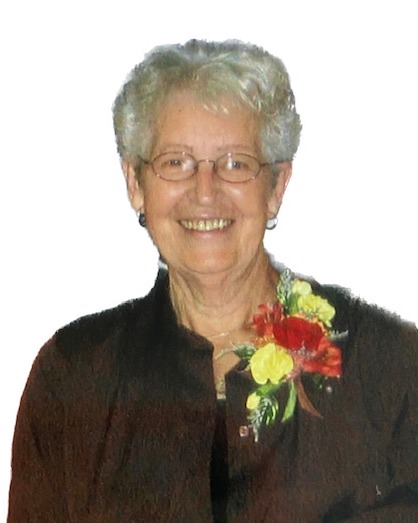 Phyllis Maxeen Kohnke, age 90 of Montello passed away Friday, December 2, 2022 peacefully at her home surrounded by love.  Phyllis was born in Princeton to Max and Josephine (Beyer) Rozek on June 3, 1932.  She graduated from Princeton School in 1950 and married Ross Kohnke on January 12, 1952 in Princeton.  Ross preceded Phyllis in death on January 22, 1999.

Phyllis was employed at Montello Schools for many years in the kitchen and later as the food service supervisor.  She retired from Montello Schools in 2007, at the age of 75, after 43 years of planning meals, preparing, and serving generations of students and staff. Even after hanging up her apron, she would proudly be referred to as the “hot lunch lady” around town for decades to come.  Phyllis touched the hearts of many.  She was rarely without a smile, even up until her last days.  She enjoyed many things, such as lunch dates with her friends, estate sales with her sister, and her irresistible urge to clean house and rake leaves.  Phyllis was the humblest baker.  She was best known for her flaky pie crust and seemingly perfect cookies. Phyllis cherished her opportunity to travel later in life and the time she spent with her family.  Phyllis will also be remembered for being a devoted Catholic.

A Mass of Christian Burial for Phyllis Kohnke will be held on Thursday, December 8, 2022 at 11:00 AM at St. John the Baptist Catholic Church in Montello.  Visitation will be held from 9:30 until 10:45 AM at the church.  Father Savio Yerasani will preside and burial will take at 2:00 PM at Oak Lawn Cemetery, Town of Buffalo.

To order memorial trees or send flowers to the family in memory of Phyllis Kohnke, please visit our flower store.