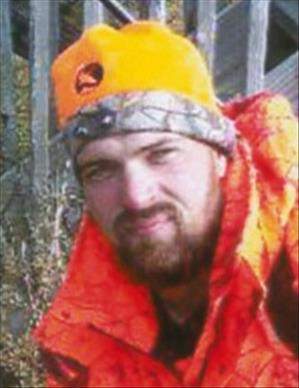 Preston John Roller, age 25 of Oxford died Sunday evening, September 3, 2017 in an automobile accident. Preston was born in Mauston on March 19, 1992 to John and Jodi (Elliott) Roller Jr. He graduated from Westfield High School in 2010 and married Megan Schrank on August 7, 2010 at the Oxford Bible Church and together they have three children. Preston was most recently working for Central Cable Contractors as a cable layer. Preston was a jack of all trades; he liked fixing and building things and enjoyed helping others, never expecting anything in return. He was also an avid hunter. Above all else, Preston was a great father and his children and family meant the world to him and he will be remembered for the way he put their need before his. He will be greatly missed. Preston leaves behind his wife, Megan and three children: Preslee, Jessee and Weslee as well as his mother, Jodi (Arnie McDonald) Elliott and father, John (Yvonne Eisner) Roller Jr. both of Oxford. He is also survived by his brother, Dillon (Jayme), in-laws, Donny (Ronnette) Schrank, sisters-in-law: Ashli (John) Krizan, Tara Schrank (Dennis Redd) and Donielle Schrank. Preston is also survived by six nephews: Jakob, Landen, Tatum, Nolan, Hank and Austin and three nieces: Kayla, Mckayla and Kaylynn as well as paternal grandparents, John (Cherie) Roller Sr. and Betty Roller, maternal grandparents, Hollis (Lilas) Elliott. Preston is further survived by aunts and uncles: Craig (Aimee) Roller, Cheri (Mike) Heitman, Rita (Brian) Goodhue and Dina (Ed) Johnson. Cousins: Dacia (Travis), Dawn (Tom), Aaron (Becky), Eric (Bri), Logan, Jeremy (Nancy), Samantha (Jeremy), Tabitha, Misty, Liz, Jory, Justin, Brandon and Nicole as well as many other family and friends. Preston is preceded in death by his aunt, Peggy Shier, uncle, Brian Roller and infant nephew, John Krizan Jr. A funeral service for Preston will be held on Friday, September 8, 2017 at 12:00 noon at the Crawford Funeral Home in Oxford. Visitation will be held from 9:30 a.m. until the hour of service. Pastor Brenda Pulver will officiate and burial will follow the service at the Oxford Village Cemetery. In lieu of flowers, donations are preferred to the family. Crawford Funeral and Cremation service of Oxford and Montello is honored to be serving the family. www.CrawfordFH.com

To order memorial trees or send flowers to the family in memory of Preston Roller, please visit our flower store.