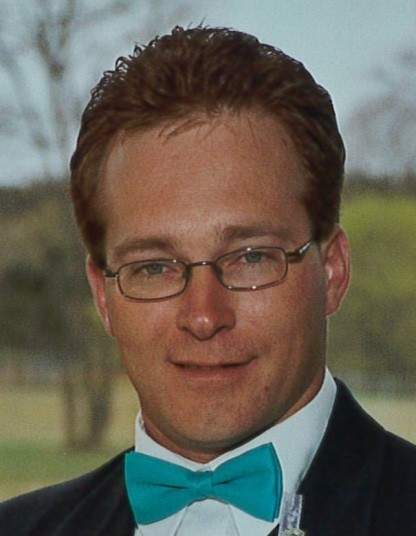 Richard James Rygiewicz , age 48 of Montello passed away unexpectedly at home on Saturday, August 17, 2019. Richard was born April 6, 1971 in Portage to Richard and Laura (Herndon) Rygiewicz. He attended Montello Schools. On May 7, 2005 he married Roxanne E. Cliff in Harrisville; together they have two sons. He enjoyed a huge garden, crafting with wood and metal, hunting and fishing. He especially enjoyed spending time with his boys. Richard designed and built his house and all his farm buildings.

Richard is survived by his wife, Roxanne and two sons: Robert R and James H at home. He is further survived by his parents, Richard and Laura Rygiewicz of Montello, his brother, Michael (fiancée, Cherrie Taylor) of Fairview, IL and sister, Rebecca (Daniel) Meegan of Baraboo.   Richard is also survived by his maternal grandmother, Rosemary Herndon of Baraboo, mother-in-law, Karen Cliff of Hanover, IL, sisters-in-law: Dianne Stanton of Darlington, Leanne (Jason) Stortz of Erie, IL and Suzanne (Darren Brening) Cliff of Gunnison, CO. He is also survived by several nieces, nephews and great-nieces and nephews.

A time for sharing memories of Richard J. Rygiewicz will be held on Friday, August 23, 2019 at 2:30 PM at Trinity United Methodist Church in Montello.  Visitation will be held from 1:00 PM until the time of service.  Pastor Rafael Cubilette will lead the service and inurnment will be private.  In lieu of flowers, donations are appreciated to the family.

To order memorial trees or send flowers to the family in memory of Richard Rygiewicz, please visit our flower store.