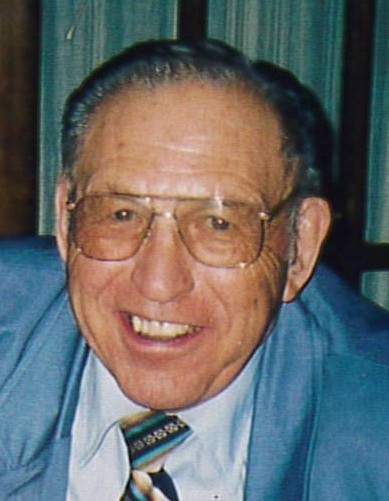 Richard “Dick” H. Winkler , age 94 of Montello passed away peacefully Sunday, March 1, 2020 at Harbor Haven Health and Rehab Center in Fond du Lac under Hospice Care surrounded by his family following a brief illness.  Dick was born in Waukegan, IL on February 27, 1926 to Henry and Flora (Grantham) Winkler.  He valiantly served his country as a member of the United States Army during World War II; earning several medals.  Dick married Elizabeth “Liz” Pomplun on June 11, 1955 in Wautoma at Trinity Lutheran Church; together they raised their family in Fond du Lac.  Upon retirement, they moved to rural Montello/Harrisville.

Dick worked various jobs and retired from Action Printing in 1989.  In retirement, he enjoyed woodworking, his lawn tractor, playing cards and the occasional trip to the casino.  He was a member of St. John’s Evangelical Lutheran Church in Montello.  Dick loved his family and enjoyed making memories with them; he will be remembered for the love he shared with them.

Dick is preceded in death by his parents and sister, Jneanne Detienne.

A funeral service for Richard Winkler will be held on Friday, March 6, 2020 at 11:00 AM at St. John’s Evangelical Lutheran Church in Montello.  Visitation will be held from 9:00 until 10:45 AM at the church.  Pastor Pete Zietlow will preside and the burial with full military honors by American Legion Post #351 of Montello will follow at the Harrisville Cemetery.  In lieu of flowers, donations are preferred to the family for a memorial that will be established in Richard’s name.

The family would like to thank Agnesian Hospice Hope, Harbor Haven and Pastor Pete Zietlow for all their care and compassion during Dick’s brief illness.

To order memorial trees or send flowers to the family in memory of Richard Winkler, please visit our flower store.