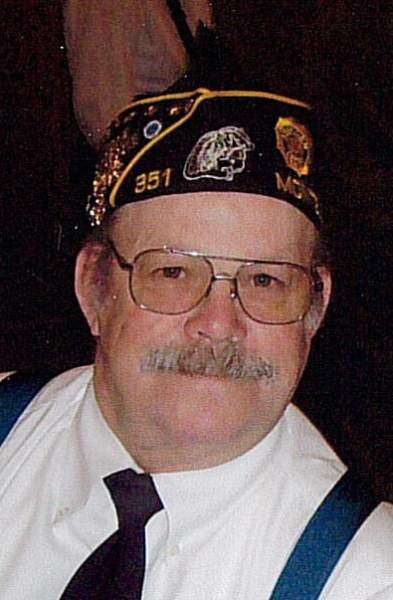 Robert “Bob” Earl Boelkes , age 78 of Montello passed away Wednesday, September 18, 2019 at the VA Hospital in Madison.  Bob was born in DeKalb, IL on December 7, 1940 the son of Henry and Tressie (Siebrasse) Boelkes.  He served his country as a member of the Unites States Navy.  Bob worked for several concrete companies in the Madison area and was a member of the Finishers Union for many years.  He married Marcia Miller in August of 1982 in Madison; together they retired and moved to rural Montello in 2003.

Bob was proud of his military service; he was an active member of American Legion Post #351 in Montello and also volunteered at the Wisconsin Veterans Home at King.  He also gave his time delivering Meal on Wheels for area residents.  Bob was passionate about finishing concrete and was proud to be recognized for his work.  He enjoyed hunting, fishing as well as camping.

Bob is survived by his wife of 37 years, Marcia and two sons: Robert (Wendy) of Mount Horeb and Ric (Lori) of New Auburn as well as five grandchildren that Bob was very proud of: Taylor, Max, Miranda, Tayler and Cody (Sara).  He is also survived by three great-grandchildren: Trinity, Charlee and Rowan as well as two sisters: Beverly (Jim) Conway and Diane Kahl, brothers-in-law: Howard (Kathy) Miller and Lloyd (Val) Miller and other extended family members.

Bob is preceded in death by his parents, brother, Terry Lunde and brother-in-law William Kahl.

A funeral service for Robert Boelkes will be held on Monday, September 23, 2019 at 11:00 AM at the Crawford Funeral Home in Montello.  Visitation will be held from 9:00 until 10:45 AM.  Immediately following the service, full military honors by American Legion Post #351 of Montello will take place.  Pastor Julie Krahn will preside and interment will take place at 2:00 PM on Monday at Roselawn Memorial Park in Monona.  In lieu of flowers, donations are preferred to the family for a memorial that will be established in Bob’s name.

To order memorial trees or send flowers to the family in memory of Robert Boelkes, please visit our flower store.