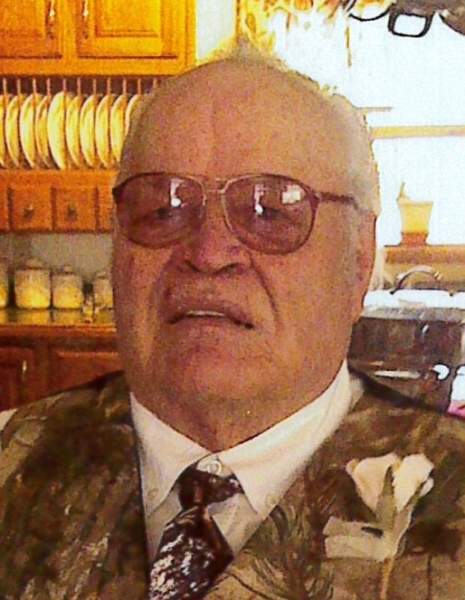 Robert “Bob” Darrell Koch , age 85 of Montello passed away Tuesday, February 16, 2021 at his home with his wife by his side.  Bob was born in Antigo on October 10, 1935 to Darrell and Irene (Keough) Koch.  He valiantly served his country as a member of the US Navy from 1953 to 1956.  Bob was employed as a painter for most of his life.  His true passion was hunting and fishing, which upon retiring he gladly did almost every day.  Bob also enjoyed gardening and will be remembered for his friendly demeanor.  In March of 2016, he was united in marriage to Helen Giles and though their time together was too short they enjoyed it to the fullest.

Bob leaves behind his wife, Helen and two sisters: Judith Klawitter and Beverly Kienbaum.  He is also survived by his daughter, Karen (Wayne) Talley, step-son, Kenny Klawitter, eight grandchildren and 16 great-grandchildren.   Bob is further survived by many friends and his canine companion, Buddy and cat, Ms. Piggy.

Bob is preceded in death by his parents and step-son, Kim Klawitter.

A public visitation for Bob Koch will be on Wednesday, February 24, 2021 from 1:00 until 3:00 PM at the Crawford Funeral Home in Montello.  Due to the current pandemic, following the visitation, private services and military honors will take place.  Inurnment will take place at a later date at the Montello City Cemetery.  In lieu of flowers, donations are preferred to the family.

Bob’s family would like to thank Agnesian Hospice Hope for all care and comfort.

To order memorial trees or send flowers to the family in memory of Robert Koch, please visit our flower store.