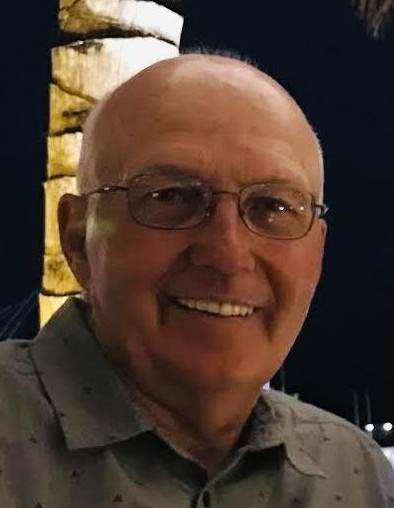 Robert “Bob” Earl Mast , age 77 of Dalton passed away unexpectedly Monday, January 17, 2022 at Jupiter Medical Center in Jupiter, Florida.  Bob was born in Milwaukee, the son of Earl and Marion (Crown) Mast on April 16, 1944.  He graduated from Montello High School in 1962 and furthered his education at the University of Wisconsin-Madison earning a master’s degree in Electrical Engineering.  Bob was united in marriage to Shirley Preuss at The Buffalo Community Bible Church in rural Montello on June 5, 1965 and from that union they have been blessed with three children.  Together they moved to Colorado in 1968 and while working for Hewlett Packard as a Design Engineer, Bob earned three patents.  Upon returning to Wisconsin, Bob and Shirley started Converter Concepts, Inc. in 1976 in Pardeeville, selling the company in 1990.

Bob was a man of honesty and integrity, throughout his life he tried to live by example.  He was extremely proud of family and their accomplishments.  Bob and Shirley were able to travel extensively throughout the United States and beyond, but it was at home on the farm where Bob found peace.  Farming was also very important to Bob and he always looked forward to visiting with friends or spending a day fishing.  He will be remembered for his belief in God and leading a Christian Life, not wanting any conflict and the love he had for his family.

Bob is preceded in death by his parents and one sister.

A funeral service for Robert “Bob” Mast will be held on Monday, January 24, 2022 at 11:00 AM at Terrace Shores Evangelical Free Church, W3278 County K, Markesan.  Visitation will be held from 9:00 AM until the hour of service.  Rev. Gary Zacharias will preside and burial will follow at the Greenwood Cemetery, Town of Buffalo, Marquette County.  In lieu of flowers, donations are preferred to Tunnel to Towers Foundation, www.t2t.org or K9’s for Warriors, www.k9sforwarriors.org .

To order memorial trees or send flowers to the family in memory of Robert Mast, please visit our flower store.