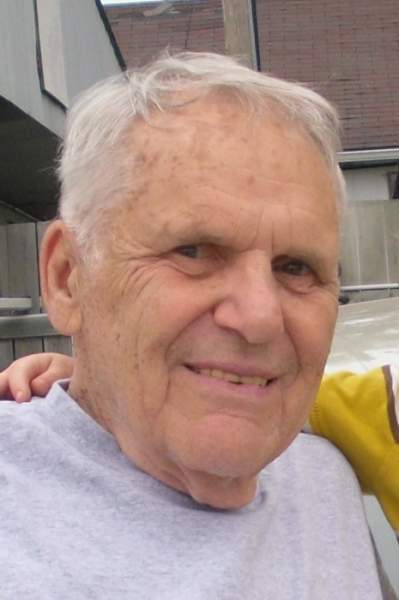 Roland “Rod” T. Minter, age 84 of Oxford passed away unexpectedly on Tuesday, December 18, 2018 at his home.  Rod was born in Springfield, Missouri on February 17, 1934 to William and Audrey (Bright) Minter.  He grew up in Lombard, Illinois and graduated from Glenbard High School.  Rod served his country as a member of the United States Marines during the Korean War, earning a Purple Heart.  Following his time in the service, Rod began repairing antique clocks and working with church groups helping teens in the DuPage County area who had drug problems.

Rod moved to the Oxford area in the late 1980’s.  He repaired clocks and was known as an antique dealer.  He enjoyed fishing, writing novels, going to Antique Shows, he was an American Picker long before they were cool and he could almost always be found at one of his favorite cafes in Oxford enjoying the comradery of his many friends.  Rod also had a love for Scottish Terriers and was a member of The Brooks Church.  He blessed many lives and will be missed by those who were lucky enough to know him.

Rod is survived by his sister, Alice (Gary) Heppe of Prescott, AZ and nieces and nephews:  Craig (Ali) Heppe, Julie Heppe, Shirley (Dave) Lockin, Steve Shepherd and Paul Shirky.  He is also survived by his best friend, John Bellon of Grand Marsh and many friends in Wisconsin and Illinois.

A memorial service for Roland “Rod” Minter will be held on Thursday, December 27, 2018 at 11:00 AM at The Brooks Church, 342 Church Street (Brooks), Oxford, WI 53952.  Visitation will be held one hour prior to the service.  Immediately following the service, full military honors will take place.  In lieu of flowers, memorials are preferred to Scottie Rescue in Molina, IL.

To order memorial trees or send flowers to the family in memory of Roland Minter, please visit our flower store.