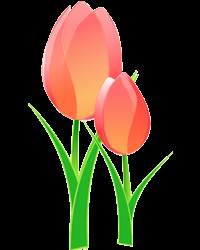 Rosalie Theda (nee Beers) Milner , age 99, peacefully passed away on September 22, 2018.  She was born June 27, 1919 to Shelby and Lenore (Hiebel) Beers.  In her early years she lived in Sun Prairie and later she lived in Ithaca, New York; Deland, Florida; Maple Bluff and Montello.  After graduating from Sun Prairie High School as valedictorian, she earned her Bachelors and Masters of Science degrees from the University of Wisconsin, graduating as a Phi Beta Kappa.  She then studied for a PhD in Botany at Cornell University in Ithaca, New York.

Married to Everett “Joe” Milner, she raised her three children: Sherry, Curtis and Douglas in Sun Prairie where she taught English and Library Science.  Later she taught at Sacred Hearts School in Sun Prairie and at Montello High School.  Also, she was a real estate agent and an antique seller.  Rosalie was very active in numerous organizations and was well-traveled particularly to Europe and Asia.

Rosalie will be laid to rest in the Montello City Cemetery, services will be private.

The family would like to express its thanks to her many friends who have been so kind and helpful with special thanks to the staff at the Montello Care Center.

To order memorial trees or send flowers to the family in memory of Rosalie Milner, please visit our flower store.