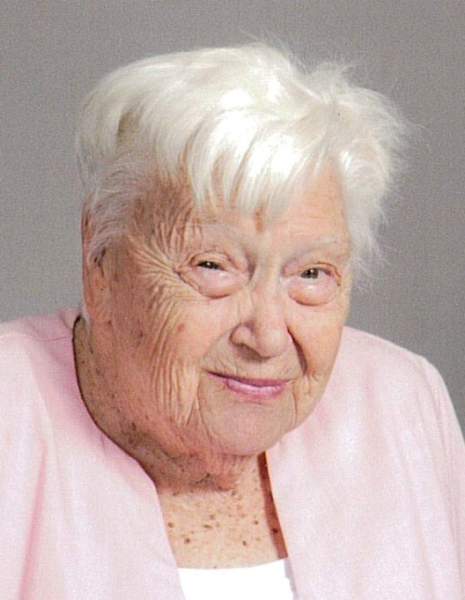 Rosemary Brown , age 93 of Friendship, Chicago, Montello and Mercedes, TX passed away peacefully under hospice care at her son’s home in Green Lake.  Rosemary was born at home in Friendship, Wisconsin on October 7, 1926 to Joseph and Veda (Lewis) Sedlak.  She graduated from Wells High School in Chicago after completing her freshman and sophomore years at Adams-Friendship High School.  Rosemary attended Herzl Junior College and Wautoma Normal School and graduated from the University of Wisconsin-Stevens Point with her Bachelors and Masters Degrees.  She married Martin Brown on September 14, 1946 at Friendship Congregational Church; he preceded her in death on December 31, 1996.

Rosemary taught for 23 years in the Montello School System.  She was respected and enjoyed by the children.  Rosemary was active in retirement and enjoyed camping.  Her volunteer work with aquacize and exercise helped many and all appreciated her concern for their welfare.

Rosemary is preceded in death by her parents, husband and sisters: Margaret (Walter) Hayna and Sonna Stone.

Rosemary will be laid to rest at the Montello City Cemetery on Saturday, August 8th at 10:00 AM.

To order memorial trees or send flowers to the family in memory of Rosemary Brown, please visit our flower store.