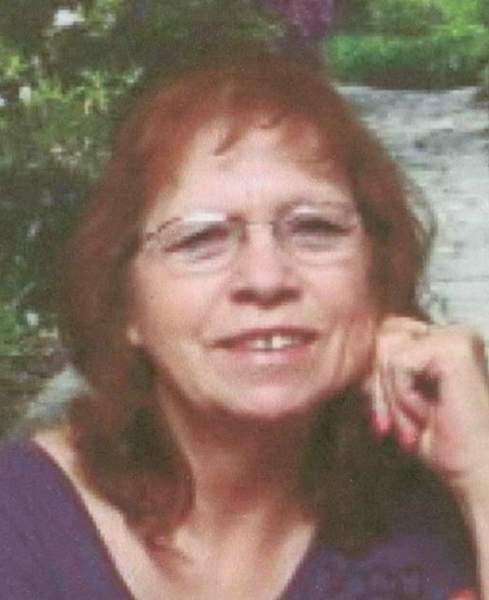 Ruby Faye Kaenel , age 65, passed away peacefully at her home in Montello surrounded by her family on Saturday, October 13, 2018.  Ruby was born on November 17, 1952 in Lubbock, Texas to Claude and Marvella (Veach) Hooper.  After she graduated from high school she furthered her education and became a Registered Nurse.  Ruby married Robert Kaenel in 1976 in Las Vegas and together they lived and worked in Phoenix, AZ until moving to Montello in the early 1990’s.

Ruby worked as a nurse for about twenty years.  She was a talented seamstress, quilter and she also like to crochet.  Ruby also enjoyed camping, fishing, gardening as well as going shopping and to the movies.  She loved to spoil her grandchildren; making them countless Halloween costumes and quilts.

Ruby is survived by her husband of 42 years, Robert and two sons: Christopher (Kyle) of Phoenix, AZ and Jacob (Jennifer) of Montello as well as five grandchildren: Christina, Paulette, Alexis, Jade and Hailey.  She is also survived by two great-granddaughters: Nevaeh and Marlayh as well as brother, Jerry and sister, Pat, brother-in-law, William (Rhonda) Kaenel, a very special cousin, Claudia and several extended family members.

Ruby is preceded in death by her parents, brothers: William and James Hooper, aunt, Pat, sister-in-law, Laura and cousin, Sherri.

A memorial service for Ruby Kaenel will be held on Friday, October 26, 2018 at 11:00 AM the Crawford Funeral Home in Montello.  Visitation will be held from 9:30 AM until the hour of service.  Pastor Gloria Stubitsch will lead the service and private family inurnment will take place at the Montello City Cemetery.  In lieu of flowers, donations are preferred to the family for a memorial that will be established in Ruby’s name.

To order memorial trees or send flowers to the family in memory of Ruby Kaenel, please visit our flower store.