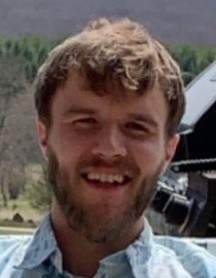 Ryan William Bubolz , age 29 of Waupun passed away unexpectedly Friday, August 9, 2019.   Ryan was born in Portage on April 11, 1990.  He graduated from Wonewoc High School in 2008 and was most recently employed at Federal Mogul Corporation in Waupun.  Ryan was a man of God and enjoyed attending church services.  Listening to music and attending concerts were a big part of his life. He also enjoyed fixing cars/stereos, disc golfing and skateboarding.  He maintained several fish tanks and found relaxation in watching the many fish he cared for.  Ryan’s kind and caring personality showed as he was always willing to help anyone in need.  He greatly cared for his family and loved to spend time with them; Ryan was so loved and will be greatly missed.

Ryan leaves behind his mother, Amie (Mitchell) Deimund of Montello and three siblings: Devon Bubolz, Matthew Bubolz and Sarah Bubolz all of Montello as well as his maternal grandparents: Kenneth and Janice Aberle of Pardeeville.  He is also survived by his aunt, Sherry Aberle of Portage and uncle, Mark Aberle of Sheboygan as well as two cousins: Amanda Simonson and Jacob Aberle.  Ryan is further survived by several extended family members and many friends including his four-legged friend Otto.

A memorial service of Ryan Bubolz will be held on Friday, August 16, 2019 at 3:30 PM at the Marquette Community Church, 610 Doty Street, Montello, WI 53949.  Visitation will be held from 1:00 PM until the hour of service.  Pastor Mike Vargo will preside and inurnment will be private.  In lieu of flowers, donations are appreciated to the family for several memorials that will be established in Ryan’s name.

Crawford Funeral Home of Montello and Oxford is honored to be serving the family. www.CrawfordFH.com

To order memorial trees or send flowers to the family in memory of Ryan Bubolz, please visit our flower store.