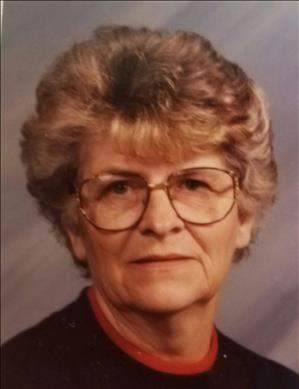 Sandra "Sandy" Amelia Tex, age 75 of Packwaukee passed away Wednesday, March 1, 2017. Sandy was born in Caldwell, Wisconsin on May 26, 1941 to Robert and Loretta (Brunn) Humbert. She graduated from Mukwonago High School and furthered her education in Cosmetology. Sandy was a hard worker and great provider for her family. She worked at several factories, had experience owning and operating her own businesses as well as serving as a school aide working with handicapped children. Some of Sandy's favorite pastimes were sewing, making cards, crocheting and volunteering at her church.

Not only did Sandy live in many different places, she enjoyed going on cruises and traveling abroad. Sandy is survived by her three children: Wade (Julia Daniel) Bowersox of Madison, Cynthia (Steven) Breiwa of Packwaukee and Clay (Linda Barzano) Bowersox of Harrisville as well as seven grandchildren: Nick Bowersox, Alex Bowersox-Daniel, Jeremy (Kelly) Breiwa, Ashley (Mike) Ecker, Kattie Bowersox, Kristie (Patrick) Haider and Jacob Bowersox. She is also survived by five great-grandchildren: Keira, Korbin, Trinity, Aiden and Layla as well as her sister, Judy (Allen) Knurr, sister-in-law, Jane Humbert, father of her children, James Bowersox and canine companion, Snowball. Sandra is preceded in death by her parents, brother, Lawerence Humbert and most recent husband, John Tex. A memorial service for Sandra Tex will be held on Saturday, March 11, 2017 at 11:00 a.m. at the Crawford Funeral Home in Montello. Visitation will be held from 9:00 a.m. until the time of service. Pastor Brenda Pulver will preside and inurnment will follow the service at Oak Hill Cemetery, town of Packwaukee.

To order memorial trees or send flowers to the family in memory of Sandra Tex, please visit our flower store.