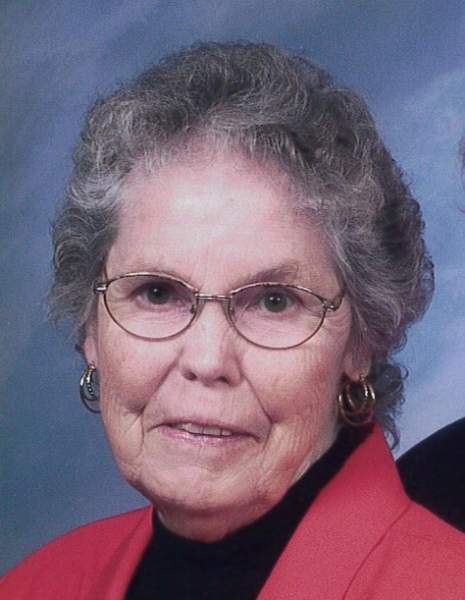 Shirley Ann Krueger “Oma” , age 86 of Montello passed away peacefully Tuesday, December 3, 2019 at Harris Villa Assisted Living.  Shirley was born on May 22, 1933 to Herman and Isolene (Carruthers) Calbaum in Withee, Wisconsin.  She graduated from Colby High School in 1951 and married Victor Krueger on December 27, 1952 in Colby.  Together they lived in the Milwaukee area while raising their children and retired to rural Montello in 1997.  Victor preceded Shirley in death on August 21 of 2010.

Shirley enjoyed gardening, cooking as well as sewing, playing cards and her cats.  Shirley was an active member of St. John’s Evangelical Lutheran Church in Montello; participating in the Ladies Aid for many years.  She and Vic traveled around the world and enjoyed seeing so many wonderful sites together.  Shirley looked forward to the many family gatherings at their home.  She will be remembered for her infectious smile and the twinkle in her eye.

Shirley is preceded in death by her parents, husband, two children: Connie Behling and Rodney Krueger and three siblings: Avis, Florence and Eldon.

A memorial service for Shirley Krueger will be held on Saturday, December 7, 2019 at 2:30 PM at St. John’s Evangelical Lutheran Church in Montello.  Visitation will be from 1:00 PM until the hour of service at the church.  Inurnment will be private.  In lieu of flowers, donations are preferred to the family for memorials that will be established in Shirley’s name for the study of Dementia and Alzheimer’s.

To order memorial trees or send flowers to the family in memory of Shirley Krueger, please visit our flower store.