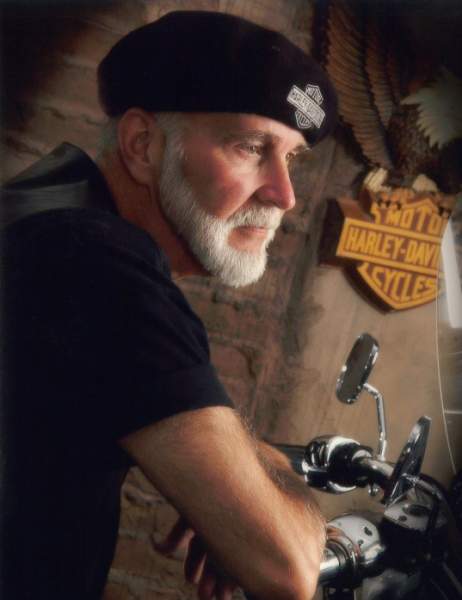 Stanley Charles Romanowski , age 74 of Montello passed away Monday, December 27, 2021 at the Montello Care Center.  Stanley was born in San Luis Obispo, California on March 12, 1947 to Stanley and Virginia (Just) Romanowski.  He was raised in Milwaukee and graduated from South Division High School and furthered his education at Western Wisconsin Technical College in La Crosse.  Stanley married Addie Williamson in Milwaukee on June 13, 1996.

Stanley worked as a security supervisor at Children's Wisconsin in Milwaukee until he and Addie relocated to Montello in the late 1990’s; he then went to work as a security officer for Aurora Medical Center in Oshkosh, retiring in 2009.  Stanley loved the outdoors, especially hunting and fishing.  He and Addie enjoyed golfing and he was also an avid bowler.  He rode a motorcycle from a young age and proudly traveled the country on his Harley.  Stanley will be remembered for his kindness, mentorship and was a friend to all who knew him.

Stanley leaves behind his wife, Addie, daughter, Jenifer Lawrence of Lake Mills, step-son, Jeremy Phillips of Mukwonago as well as grandchildren: Justan, Dorian, Gabriel and Madaley and step-grandchildren: Sara and Noah.  He is also survived by his great-grandson: Roman Romanowski and his feline companions: Zeke and Oscar as well as other extended family members and many friends.

Stanley is preceded in death by his parents and son, Brian.

Private services for Stanley will be held at a later date.

To order memorial trees or send flowers to the family in memory of Stanley Romanowski, please visit our flower store.