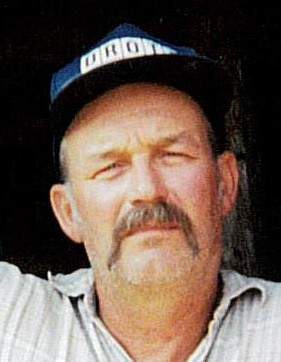 Stephen Richard Campfield , age 66 of Montello passed away unexpectedly Thursday, March 28, 2019 at his home.  Stephen was born on October 1, 1952 in Beloit to David and Elaine (Duckworth) Campfield.  He graduated from Beloit Memorial High School and served his country as a member of the United States Army.  Stephen married Rosalie Messerschmidt on September 30, 1972 at Emmanuel (Big Mecan) Lutheran Church in rural Montello.

Stephen always farmed; he also was co-owner and operator of the The Farm Shop for many years with his father-in-law.  Stephen was also employed at the Montello Sewer and Water Department.   He enjoyed hunting with his family and friends and teaching his grandchildren many of life’s lessons.

Stephen is preceded in death by his parents and sister, Robin.

A memorial service for Stephen Campfield will be held on Wednesday, April 3, 2019 at 11:00 AM at the Crawford Funeral Home in Montello.  Visitation will be held from 9:30 AM until the hour of service.  Pastor Mike Vargo will officiate and inurnment will be private.

The family will miss his political commentaries which he loved to talk about.

The family is so grateful to the Marquette County EMS and Crawford Funeral Home for their compassion and care.

Finally to the man I fell in love with, the first time we met “I’ll see you when my chores are thru.”Love, Rosalie

To order memorial trees or send flowers to the family in memory of Stephen Campfield, please visit our flower store.