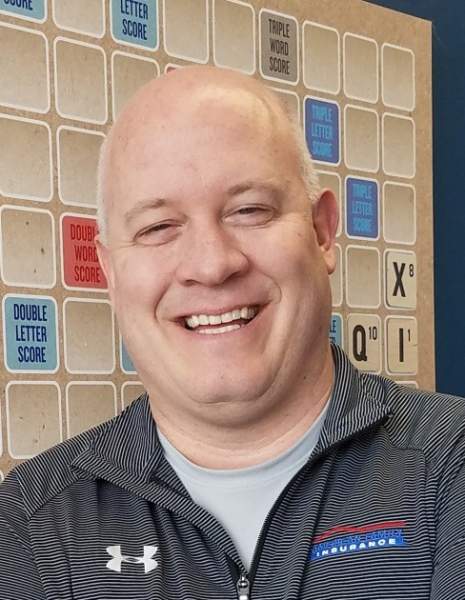 Thomas “Tom” John Cotter Jr., age 50 of Montello passed away Tuesday, November 2, 2021 at Aspirus Divine Savior Hospital in Portage after a valiant fight against Covid.  Tom was born in Portage on March 13, 1971 to Thomas and Linda (Galbraith) Cotter Sr. Tom was a member of the 1989 graduating class of Montello High School.  He was a varsity baseball, football and basketball player being named all-conference twice in baseball. He received a bachelor’s degree from Marion College in Fond du Lac.  Tom was united in marriage on June 27, 1998 at St. John the Baptist Catholic Church in Montello to Nicole Schmuhl. Tom and Nicole have one loving daughter, Ellie, who Tom enjoyed coaching and teaching how to land the biggest fish (and not tangling lines with everyone else on the boat).

Tom has worked for American Family Insurance for the past 12 years developing computer infrastructure and applications to help customers across the company’s platforms. Prior to American Family, Tom worked with computer systems for Montello State Bank, Marquette County and several other companies. In June, he partnered with his cousin, Dustin Esselman and proudly became the co-owner of River’s Edge Eatery and Saloon in Downtown Montello.  Tom was a devout Catholic and life-long member of St. John the Baptist Catholic Church.  In his spare time, he enjoyed hunting, fishing, smoking meats and spending time with his extended family.

Tom is survived by his wife, Nicole, daughter, Ellie, parents, Tom and Linda Cotter of Montello and three siblings: Toby (Nikki) of Arizona, Eric (Jamie) of Columbus and Holly (Chris) Rentmeester of Columbus.  He is also survived by his nieces and nephews: Alex, Cayla, Ben, William, Nathan, Jonathon, Maylee, Jillian and Finnian as well as Nicole’s family: her parents: Russell and Luann Schmuhl of Markesan, brother, Travis (Kari) Schmuhl of Berlin, sister, Amber (Mark) Glover of Pewaukee and children: Carmen, Tess and Mariah along with many other extended family members.

A Mass of Christian Burial for Thomas Cotter Jr. will be held on Saturday, November 6, 2021 at 11:00 AM at St. John the Baptist Catholic Church in Montello.  Visitation will be held at the church on Friday evening from 4:00 PM and conclude at 7:00 PM with a Rosary Prayer Service.  Visitation will also take place again on Saturday from 9:30 until 10:45 AM at the church.  Father Savio Yerasani and Father James McNamee will concelebrate the mass and burial will be private.  In lieu of flowers, donations are preferred to the family for Ellie’s future college expenses, go to https://gofund.me/9361001c to donate.

To order memorial trees or send flowers to the family in memory of Thomas Cotter Jr., please visit our flower store.