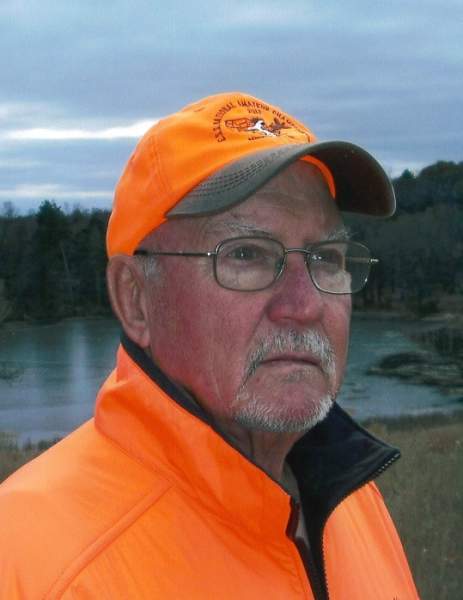 Thomas "Tom" J. Menzel , age 74 of Montello, passed away Tuesday, June 28, 2022 at St. Mary's Hospital in Madison after a diagnosis of bile duct cancer just six weeks prior. Tom was born in Manitowoc, WI on March 20, 1948 to the late Floyd and Cecilia (Esselman) Menzel. He graduated from Lincoln High School in Manitowoc in 1966 and furthered his education earning a business degree from the University of Wisconsin - Milwaukee. Tom was hired in 1971 as Vice President of sales and marketing for Micro Design in Hartford, WI, which was one of the world's leading manufacturers of micrographic readers and reader-printers. He was the driving force on new product development and as such, was credited with their rapid growth and profitability. He then went on to become President of Micron Corporation. Tom's success, intelligence and hard work ethic allowed him to retire before age 40 to pursue other passions. He set out to hike both the Appalachian and Ice Age Trails in their entirety. Tom got his first field bred Springer Spaniel on a rescue mission from an animal shelter in the 80's as a companion for pheasant hunting. Years later, he attended a Springer field trial and walked away knowing he just had to have one of those exciting dogs. It became a life changing event. He championed his first dog in the early 90's, and in 1996 won the National Open Championship with his dog NFC/AFC "The Iceman." A few years later, he placed second in the National Amateur Championship. He also competed with and championed several other Springers to FC and AFC titles. His knowledge of dogs was well respected. Over the years, he was selected to judge over 50 trials in the US and Canada. Selected by his peers, Tom judged many National Championships. He considered judging as a way to give back to the sport he so dearly loved. In 2020 he was inducted into The National Bird Dog Foundation Field Trial Hall of Fame in Grand Junction, TN for his successes and contributions to the sport. Tom will always be remembered as a tremendous resource in the field as a trainer, handler and judge. He was an avid hunter of elk, bear, coyote, deer, and turkey just to name a few. Watching the Packers and Brewers were favorite pastimes along with a few "Blatz" beers. He will be dearly missed by all who knew and loved him.

Tom is survived by the love of his life, Jane (Rublee) Fass and his two sons: Curtis (Dana) Menzel and Frank Menzel both of Vallejo, CA as well as two grandchildren: Sophia and Grant Menzel. He is also survived by a brother, Charles (Beth) Menzel of Green Bay along with many other family and friends. He was preceded in death by his parents, Floyd and Cecilia Menzel and his ex-wife, Elissa Menzel.

To order memorial trees or send flowers to the family in memory of Thomas Menzel, please visit our flower store.