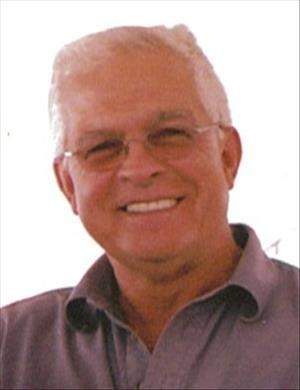 Thomas Neil Stewart, age 74 of Montello passed into eternal life on Thursday, November 9, 2017 peacefully at home after a short battle with cancer. Thomas was born on March 17, 1943 the son of Neil and Marcella Stewart. He was active in 4-H showing lambs and steers. Tom graduated from Montello High School in 1961. He married Barbara Joyce on September 14, 1963. Tom was an operator for Operating Engineer Local 139, retiring in 2003. In 2017, he celebrated 40 years with the International Union of Operating Engineers. After retirement, he took up the hobby of restoring and pulling antique tractors with much success. Tom was blessed with the gift of gab, some might say it was a religion to him. Tom was always there to lend a helping hand, especially if it involved his excellent mechanical skills. Many will remember him for his quick wit, his love for anything with a motor, and his grinning smile. Tom is survived by his children: Cheryl (Mark) Deskins, Darlene (Gary) Mills, Michael (Sally) Stewart and Jennifer (Langford) (Ryan) Luder as well as his grandchildren: Jacob Deskins, Michaela Stewart, Cash Stewart, Audrianna Luder, and Rodrik Luder. He is also survived by siblings: Kay, Jean, Karlene and Mark as well as special friend, Mel and many other friends. Thomas was preceded in death by his parents, brother, Pete, sister, Carol, other relatives and many friends. A memorial service for Thomas Stewart will be held on Wednesday, November 15, 2017 at 11:00 AM at the Crawford Funeral Home in Montello. Visitation will be held from 9:00 AM until the hour of service. Father Dale Grubba will officiate and private family inurnment will take place at a later date. In lieu of flowers, donations are preferred to the family for a memorial that will be established in Tom's name. Crawford Funeral and Cremation Service of Montello and Oxford is honored to be serving the family. www.CrawfordFH.com

To order memorial trees or send flowers to the family in memory of Thomas Stewart, please visit our flower store.